The classic horror series is back with a hot director on the cold CBS All Access platform. Something has to give.

For the first time in years, timing is on CBS' (PARA -6.97%) side. The long-anticipated reboot of The Twilight Zone returns today with the first two episodes of the series, and you'll have to pay if you want to check out the entire season. The Twilight Zone is available exclusively through CBS All Access, the network's fledgling premium streaming service.

Jordan Peele is at the helm of the refreshed series, and he's the hottest commodity in horror right now. His directorial debut -- Get Out -- won critical acclaim two years ago for weaving social commentary into the horror genre, and he's raising the stakes with the recently released Us. Both films were put out by Comcast's (CMCSA -1.08%) Universal, but it's CBS that may be the bigger beneficiary of Us topping the box office when it debuted two weekends ago and already slotting in as one of this young year's highest-grossing films. 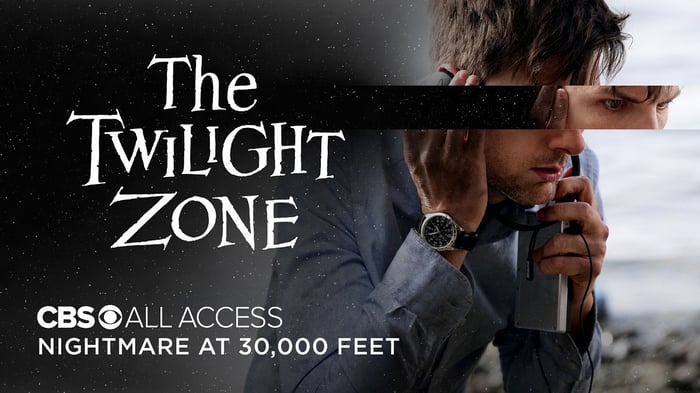 Room for one more, honey

CBS All Access isn't the only streaming service working with Peele, but the timing of The Twilight Zone couldn't be better for the fledgling premium platform. Us is now this year's third-highest grossing film of 2019, and it's only been out for 10 days. The Comcast film's success and Peele's rapid ascent are just what CBS need to get folks interested in the service with today's debut of what could be the first legitimate shot of any platform to recreate the success that Netflix (NFLX -2.25%) has had with Black Mirror.

There were just 2.5 million subscribers to CBS All Access last summer, and the lumbering media giant hopes to hit 4 million users this year. The platform started quietly nearly five years ago, and it wasn't until late 2017 that it tried to swing for the fences with the launch of Star Trek Discovery. CBS was clever enough to air the first episode on its actually free over-the-air network, hoping to hook audiences. The second season of the sci-fi series rolled out earlier this year, and a third season is already in the works.

Star Trek Discovery has received mixed reviews from franchise purists. Just a little more than half of the audience enjoyed the first season according to Rotten Tomatoes. The Good Fight -- the streaming-only spinoff to CBS' cult fave The Good Wife -- is faring much better with fans as the platform's second most popular original series, but it hasn't been enough.

The pricing is competitive. CBS All Access costs $5.99 a month for the ad-supported option, a reasonable ransom compared to the premium movie channels that charge nearly three times as much. An ad-free version sets viewers back $9.99 a month.

No one is catching up to Netflix with its more than 139 million paid streaming accounts worldwide. Hulu tacked on another 8 million stateside users last year to hit 25 million total members. We don't know how many people are routinely streaming Prime Video, but more than 100 million Prime members have access to the platform at no additional cost. At least three major tech and media companies -- including Comcast -- will be introducing high-profile services between now and next year. If CBS All Access doesn't get noticed now, it may never happen.