Which big bank is the better opportunity today?

Bank stocks have been hit hard lately, as investors worry whether a temporary inversion of the yield curve means a recession is on the way. It's natural to fret about banks when economic times turn ugly, as the last recession showed.

Still, I think it's a bit too early to worry, since the yield curve is an imperfect indicator (click here for more on what it is and what it means). Moreover, thanks to new regulations, all the big banks are much better positioned to weather any potential downturn than they were before the 2008 financial crisis. The largest U.S. banks must now hold more capital, and underwriting at large banks has generally grown more conservative. In addition, the big banks have ubiquitous branch and ATM distribution systems, as well as the means to invest in leading digital tools. That should help keep their deposit costs lower than those of smaller banks, which often have to offer higher rates on savings accounts or CDs.

For those of you who think this sounds like a potential buying opportunity, let's look at two leading large U.S. banks: Bank of America (BAC -0.73%) and Citigroup (C 0.04%). Which company is a better home for your investment dollars? 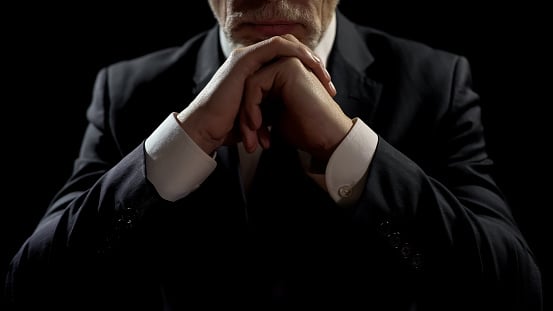 What each bank does

As large banks, Bank of America and Citigroup have similar suites of products, spanning consumer, investment, and corporate banking; wealth management; and sales and trading. However, each emphasizes different parts of the portfolio. Bank of America tends to gravitate toward residential mortgages and home equity loans, whereas Citi puts much more emphasis on credit cards.

Let's go to the numbers and evaluate these two banks in a variety of key metrics including revenue growth, returns, and a measure of risk called the Tier 1 Capital ratio that shows us how well a bank can absorb unexpected losses.

Here's how each bank stacks up in these departments:

It should be noted that Citi sold off its Latin American asset management business last year. Without that divestiture, its growth would have been closer to 3%, not 1%, as shown. That puts most of its metrics relatively close to those of Bank of America.

Still, Bank of America appears to be the more profitable and efficient bank. The company has not only slightly superior growth, but also superior returns on assets and returns on equity, as well as higher profit margins.

However, Citi has slightly higher capital ratios, which means it retains slightly more equity and is thus less risky by that measure. It also has a slightly lower efficiency ratio, which shows us noninterest expenses as a percentage of revenue (as you may have guessed, lower is better here).

However, these metrics are only slightly better than Bank of America's, and Bank of America has been steadily cutting excess costs and overhead through employee attrition and branch closures every year under CEO Brian Moynihan.

It appears the market is aware of these differences, with Citi garnering a cheaper valuation. (Here's a quick primer on what we're looking at in the last two columns: Tangible equity, also known as tangible book value, is the bank's common equity — i.e. GAAP book value — minus preferred stock, goodwill from acquisitions, and intangible assets.)

Citigroup's stock is definitely cheaper than Bank of America's, and in somewhat proportional amounts to its lower growth and returns on equity, making the choice harder.

Deciding between Citigroup and Bank of America means thinking about the type of bank you want to own. For bargain-hunting investors comfortable with the riskier business of credit card lending and international exposure, Citigroup is clearly the better value. However, Bank of America is the higher-quality bank with more well-rounded economic exposure, and it operates in the U.S., which is currently the better-performing economy.

Given that all bank stocks are out of favor right now, it might not hurt to own both if you feel like playing the sector; however, in the longer term, I'd lean toward the higher-quality Bank of America and its U.S.-focused lending, despite Citigroup's cheaper price.