Elsewhere, shares of Dow started trading after spinning off from DowDuPont.

As for individual stocks, Walgreens Boots Alliance (WBA -0.24%) blamed accelerating macro trends for a big earnings miss and a weaker outlook, while DowDuPont (DD -0.78%) completed the spinoff of the new Dow (DOW). 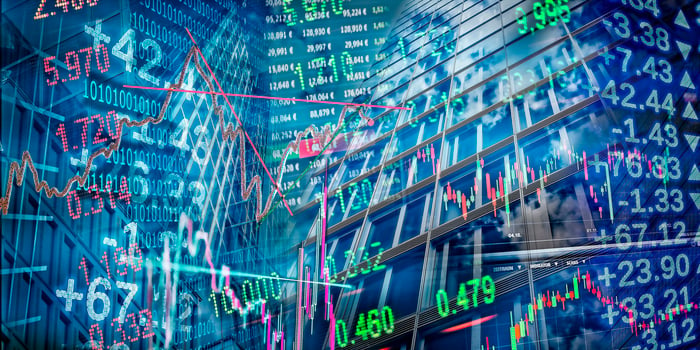 Walgreens reported disappointing fiscal second-quarter results and drastically lowered its outlook for the year due to reimbursement pressure and lower pharmacy and retail volumes, and shares plummeted 12.8%. Sales increased 4.6% to $34.5 billion thanks to stores acquired from Rite Aid, but adjusted earnings per share decreased 5.4% to $1.64. Wall Street was expecting EPS of $1.74 on sales of $34.6 billion. Walgreens lowered its outlook for full-year EPS to flat growth compared with earlier guidance for an increase between 7% and 12%.

CEO Stefano Pessina said that macro trends that have been headwinds for Walgreens accelerated in the quarter and the company didn't respond fast enough. Drug reimbursement pressure hurt profit and slower generic deflation meant lower utilization of generics, which have better reimbursement economics. Adjusted gross margin in U.S. retail pharmacy fell 2.6 percentage points to 23.2%. Comparable retail sales declined 3.8% in the U.S. and 2.3% in the U.K.

Walgreens plans to respond by accelerating partnership initiatives, revamping front-end retail, and cost-cutting, but investors were disappointed with the magnitude of the setback announced today.

One plus one equals three for DowDuPont

Shares of Dow rose 5.1% in their first day of trading after the company was spun out from DowDuPont. The parent was formed 19 months ago via a merger of Dow Chemical and E.I. du Pont Nemours & Company, with the intention of splitting the company into three independent entities in materials science, agriculture, and specialty products.

Shareholders of DowDupont received one share of Dow for every three shares of DowDuPont, whose shares were marked down by a third with the distribution.

The new Dow will have three businesses: packaging and specialty plastics, industrial intermediates and infrastructure, and performance materials and coatings. The businesses had pro forma sales of $50 billion in 2018. Usually "synergies" are cited as reasons for mergers, but Dow thinks it will find $1.365 billion of these cost savings by splitting off.

DowDuPont plans to divide the remaining company on June 1, spinning off its agriculture business as Corteva Agriscience and specialty products as the new DuPont.