Some investments stood out on a quiet day for the market.

Tuesday was a relatively calm day for the stock market, with most of the broader benchmarks finishing with only small changes. A high-profile negative earnings report from one of the components of the Dow Jones Industrial Average sent that index lower, but more broadly, investors seemed content to wait and see what's next for corporate America and for financial markets across the globe. Even amid the quiet, some companies and investment vehicles did manage to post substantial gains in their share prices. Delta Air Lines (DAL 0.80%), Sangamo Therapeutics (SGMO -1.15%), and Grayscale Bitcoin Trust (GBTC -1.95%) were among the top performers. Here's why they did so well.

Shares of Delta Air Lines climbed 6% after the airline giant announced that it had extended a key branded credit card arrangement and boosted its projections for its first-quarter earnings. Delta has had a long partnership with American Express for its credit card, and it said that it had come to an agreement to stick with AmEx through 2029. What likely gave investors more encouragement, however, was Delta's news that it sees sales climbing 7% in the first quarter, with lower fuel costs than many had expected allowing it to raise its expected earnings range to between $0.85 and $0.95 per share, up from $0.70 to $0.90 per share previously. With other airlines seeing turbulence, Delta looks poised to fly high. 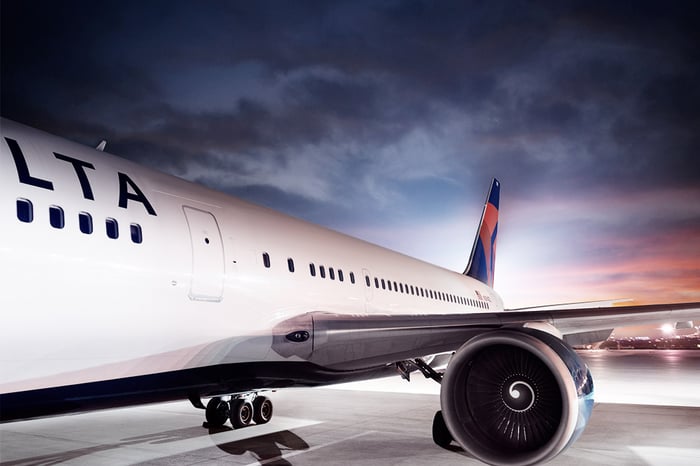 Sangamo could have a hit on its hands

Sangamo Therapeutics saw its stock soar 29% following the release of clinical trial updates that included encouraging data from a key hemophilia candidate treatment. The genomic medicine company, working alongside Pfizer, said that a phase 1/2 study of Sangamo's SB-525 gene therapy produced interim data that led Chief Medical Officer Edward Conner to infer that "SB-525 may be well-tolerated and may prove to have the predictability and sustained treatment effect that can bring clinical benefit in patients with hemophilia A." There's still plenty of work for Sangamo to do, but investors were pleased to see a strong start out of the gate for SB-525.

Finally, shares of Grayscale Bitcoin Trust jumped 15%. Prices of bitcoin and other cryptocurrencies surged overnight, challenging the $5,000 level for the first time since November. There wasn't much news directly responsible for the crypto bounce, but Grayscale's extensive holdings of roughly 200,000 bitcoin led investors to bid up its shares as well. Grayscale Bitcoin Trust trades at a roughly 20% premium to the intrinsic value of the bitcoin it holds, but many find it easier to use its shares to get cryptocurrency exposure than to take possession of actual bitcoin. If bitcoin prices keep rising, then Grayscale could see much larger gains ahead.