It takes a long-term view to buy the company today.

Video game stocks have struggled over the past year as giants like Electronic Arts (EA -0.11%) and Activision Blizzard (ATVI 0.28%) have watched competing games like Fortnite take market share. The games that have brought today's giants to dominance may not be the same games that will drive the next wave of mobile and PC games, and we saw that with weak guidance from both companies.

The question for investors today is whether or not shares have fallen so far that they're a great value. It's not an easy question to answer, but if any company can adapt to the new realities of video games it's Activision Blizzard. 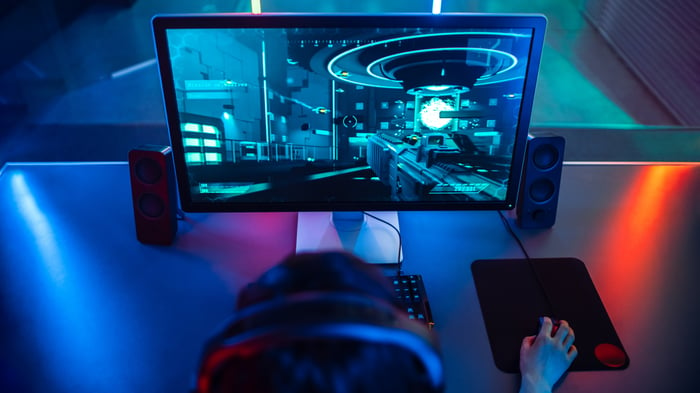 The argument that Activision is a value

It's easy to argue that Activision Blizzard is a value stock. First, the company has grown steadily over the past five years, including with the acquisition of King Digital, which looks like a coup given that company's broad reach in mobile gaming. 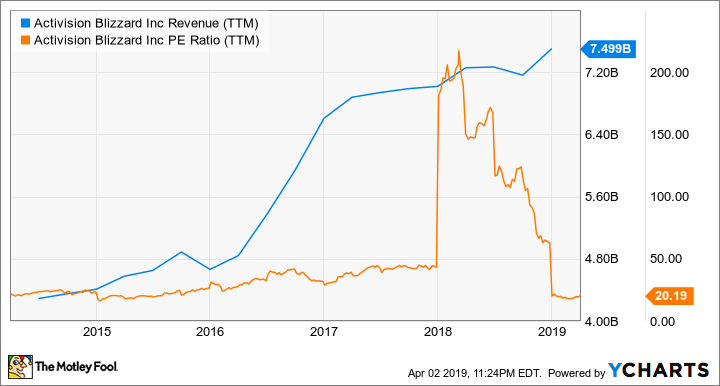 It's also easy to see that on a price-to-earnings basis Activision Blizzard's stock hasn't been this cheap since 2015. But that's where the easy analysis ends.

Why Activision Blizzard stock is down

The two main reasons Activision Blizzard stock has fallen over the past year are competition from Fortnite and recent guidance that was less than impressive.

Fortnite came from almost nowhere in 2018 to generate $2.4 billion in revenue, more than any single game in 2018. The game was a hit among young gamers, but caught the attention of players of all ages and became the talk of the industry.

Partly due to the impact of Fortnite, Activision Blizzard's 2019 guidance forecasted a drop in revenue to $6 billion from $7.50 billion in 2018. That's a big drop in revenue even in a year that will be light on new releases.

There's always a new trend in the video game industry, and usually Activision Blizzard is one step ahead. This time around, it looks like the market is changing faster than the company can adapt.

What's interesting is that Activision Blizzard isn't following the crowd into battle royale games. Fortnite is the clear leader, but EA's Apex Legends has been a hit so far, and customers are clearly engaged in the free-to-play-but-costly-to-update revenue model.

Instead of following the battle royale leaders, Activision Blizzard is continuing to bet on esports, such as with the Overwatch League, which now has 20 teams across the globe. It's also planning to bring more of its console and PC games to mobile, hoping to win over a platform with an order of magnitude more players. It'll take time to learn if the strategy wins over the hot battle royale market.

Is Activision Blizzard a buy?

Given the backdrop in video games, 2019 will be a challenging year for Activision Blizzard. It's gone from having the hottest games in the industry to watching others define new trends. What I think investors need to come back to is track record and balance sheet for the company long term. Activision Blizzard is a cash flow machine and has net cash on hand of $1.68 billion. 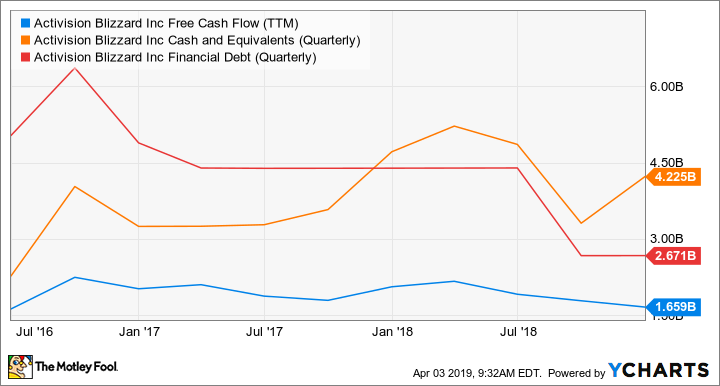 The financial flexibility the company has, and its proven ability to adapt to the video game market's changes, are what I think makes this stock a long-term buy. The ebbs and flows of the industry are worth keeping an eye on, but in the long term this company should be a big winner for investors.