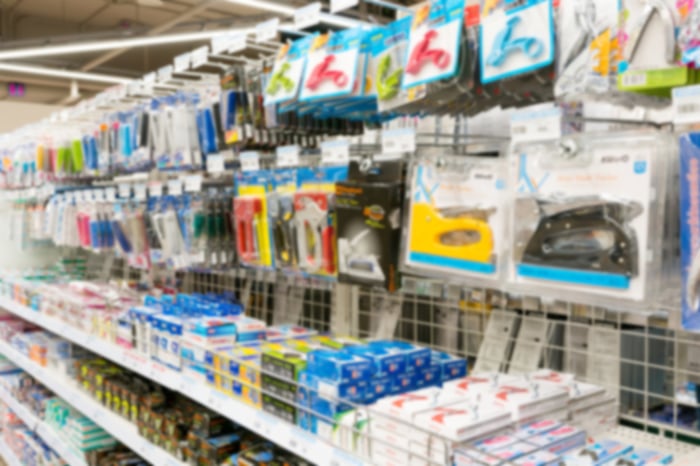 Office Depot said it expected an operating loss of $15 million at the CompuCom division due to lower-than-expected revenue from existing customer projects. The company said it would take several steps to improve performance at CompuCom, including improving service speed and efficiency, and reorganizing its customer-facing staff.

CEO Gerry Smith said, "Despite the current challenges we are facing, we are confident that our transformation is on track to drive long-term value for our stakeholders. CompuCom's operating performance was clearly disappointing and the actions we are taking to improve its operations and sales performance are expected to yield improving results in 2019."

The weak results from CompuCom are especially disappointing as the acquisition was a key part of the company's plan to pivot to becoming an all-encompassing business solutions provider. Given the declining revenue and operating income, it's not surprising to see the stock falling today, even as management is promising improvements at CompuCom later in the year.

We'll learn more when the company gives its complete first-quarter earnings report on May 8, which will include updated full-year guidance.