Shares in The Boeing Company (NYSE:BA) declined 13.3% in March, according to data provided by S&P Global Market Intelligence. The aviation giant's stock lost value in the aftermath of the Ethiopian Airlines crash on March 10, the second time in the last six months that a Boeing 737 MAX plane has suffered a tragedy.

In addition, the Ethiopian Airlines crash and October's Lion Air crash appear to have strong similarities. In both cases, it's believed that erroneous data from so-called angle of attack (AOA) sensors triggered a computer controlled system -- known as the Maneuvering Characteristics Augmentation System, or MCAS -- to lower the nose and cause the plane to dive. 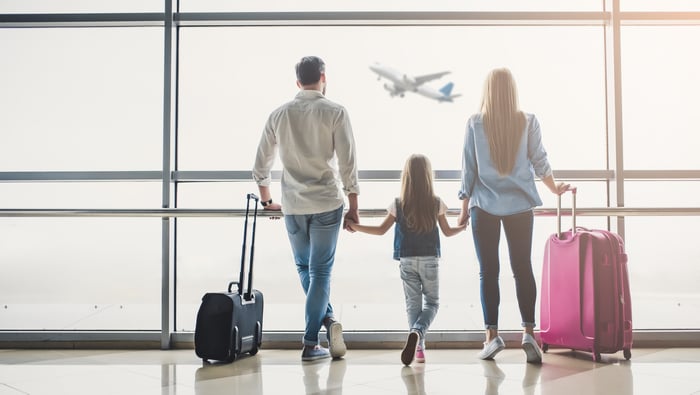 As a consequence, Boeing has stopped delivery of all new 737 MAX jets,  and the planes already in service have been grounded.

There will obviously be a financial impact on Boeing from recent events, but it's far from clear at this stage what it's going to be. The key question is whether there will be a long-term drop in future and existing orders if airlines and the public lose confidence in the 737 MAX.

Alongside the Airbus A320 family, the Boeing 737 MAX (an upgrade to the existing 737) is intended to be the workhorse of the commercial aviation industry. It's a crucial part of Boeing's future.

Much will depend on the ongoing investigations into the crashes and the Federal Aviation Administration's review of the 737 MAX.

CEO Dennis Muilenburg is assuring travelers that the company is working on a software update that "along with the associated training and additional educational materials that pilots want in the wake of these accidents, will eliminate the possibility of unintended MCAS activation and prevent an MCAS-related accident from ever happening again."

He went on to state that an update was nearing completion and he anticipated "certification and implementation" in the next few weeks.

We also know that erroneous AOA sensor data caused a similar issue on a Lufthansa flight in 2014 on an Airbus plane. Fortunately, the Lufthansa pilots were able to react in time. Appropriate action and training took place in the aftermath of the event, and Airbus didn't suffer long-term financial harm.

Boeing and aviation authorities appear committed to reacting in a similar manner to recent events, and hopefully such tragedies won't occur again.