The airline is facing intensifying competition from a powerful new rival.

Shares of Hawaiian Holdings (HA -3.32%), parent company of Hawaiian Airlines, descended by nearly 12% last month, according to data from S&P Global Market Intelligence, after a new threat emerged in its core market.

Southwest Airlines (LUV -1.28%) made its long-awaited entrance into the lucrative Hawaiian market in early March. The popular discount airline began offering flights from California to Hawaii priced as low as $49 -- or about 75% less than the typical cost of a similar ticket from Hawaiian Airlines. Southwest's reduced-price tickets proved popular with travelers and quickly sold out.

Southwest also announced that it would begin inter-island flights on April 28. Flights from one Hawaiian island to another are particularly profitable for Hawaiian Airlines, as it has up until now enjoyed a near monopoly in this area.

Fears that a price war between these two airlines will dent Hawaiian Holdings' profits led many investors to sell their shares, resulting in a nearly 12% decline in its stock price by the end of March. 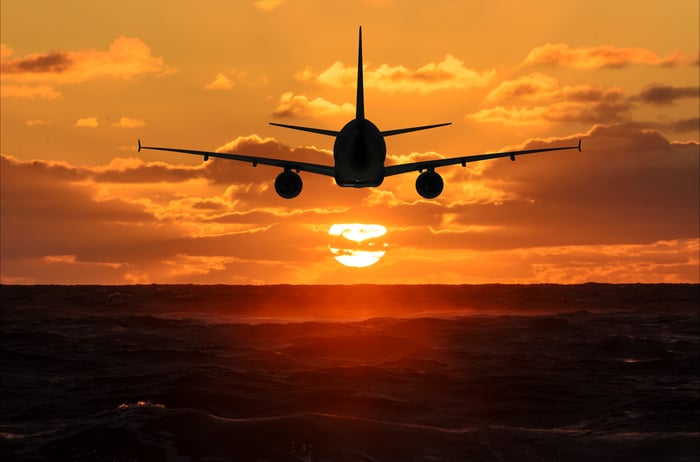 Is the sun setting on Hawaiian Holdings' dominance of its core market? Image source: Getty Images.

Southwest is not a threat to be taken lightly. It has a strong brand and consistently ranks highly in terms of customer satisfaction among budget airlines.

Still, investors may be overestimating the impact Southwest will have on Hawaiian Airlines' business. Many of Southwest's flights are now priced significantly higher than $49, and will need to remain so if Hawaii is ever to be a profitable market for the airline.

Moreover, Hawaiian Airlines is already taking action to mitigate the impact of Southwest's entrance. The company intends to launch flights from new cities in the U.S. and Japan to help offset any revenue lost to Southwest.

Investors appear to recognize that the market may have initially overreacted to the news; Hawaiian Holdings' share price is already up nearly 8% so far in April. Yet with the stock still down more than 30% over the past year, largely over concerns regarding increased competition from Southwest, it's possible that Hawaiian Holdings' shares could continue to rally if these fears prove overblown in the quarters ahead.

Can Amazon Cargo Deal Get Hawaiian Airlines Back on Track?
413%