Despite last month's pullback, shares of this medical device company that's aiming to revolutionize cancer treatment are up 126% over the last year.

Despite this decline, shares of the maker of a device for treating brain cancer with electric fields have gained 38.3% in 2019, and are up a whopping 126% over the last year through April 5. 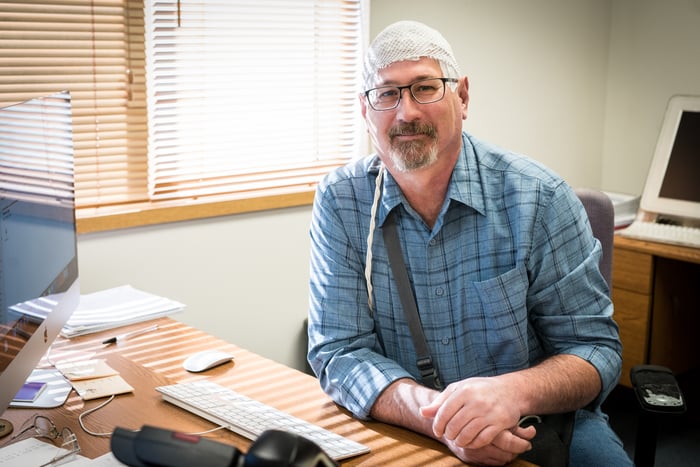 We can probably attribute a part of Novocure stock's pullback last month to its announcement on March 21 that Chief Science Officer Eilon Kirson will retire after about 7 years in the role, and 17 years with the company. Shares declined 5.9% on March 22. In its press release, the company said:

That said, a portion of the pullback is likely due to no particular reason other than investors taking some profits off the table. After all, this is a stock that has run up fast, as outlined above and as shown in the following chart. 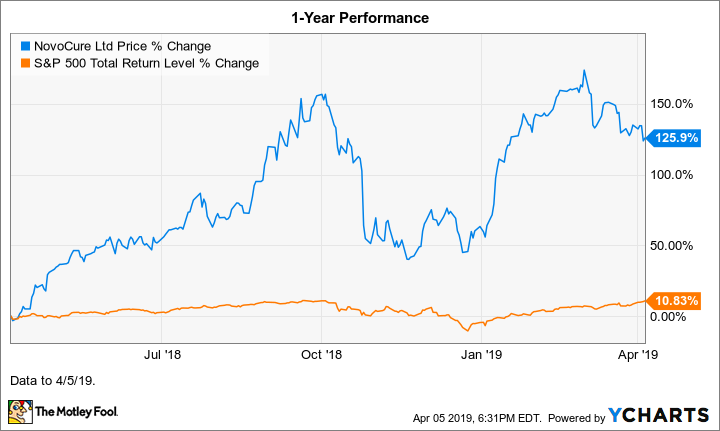 Shares have risen due to investor optimism about the Jersey-based company's novel therapy for treating solid tumors with electric fields, Tumor Treating Fields, or TTFields. As I previous wrote, its "Optune device is currently approved by the U.S. Food and Drug Administration (FDA) to treat adults with glioblastoma, the most common primary brain cancer in adults and one of the most difficult cancer types to treat. Investors are hopeful that the company's addressable market will expand to include other types of cancers."

Investors should soon be getting material news. Novocure is slated to report its first-quarter 2019 results on Thursday, May 2, before the market opens.

Why Novocure Stock Is Sinking Today
357%