So far, marijuana stocks have fared pretty well overall this year. In the first quarter, the biggest winners included relatively smaller Canadian marijuana producers. But which marijuana stocks look like good picks to buy in Q2?

There are plenty of strong candidates. However, two marijuana stocks that I think look attractive right now are CannTrust Holdings (OTC:CNTTQ) and Innovative Industrial Properties (NYSE:IIPR). Here's what makes these two stocks stand out in my view. 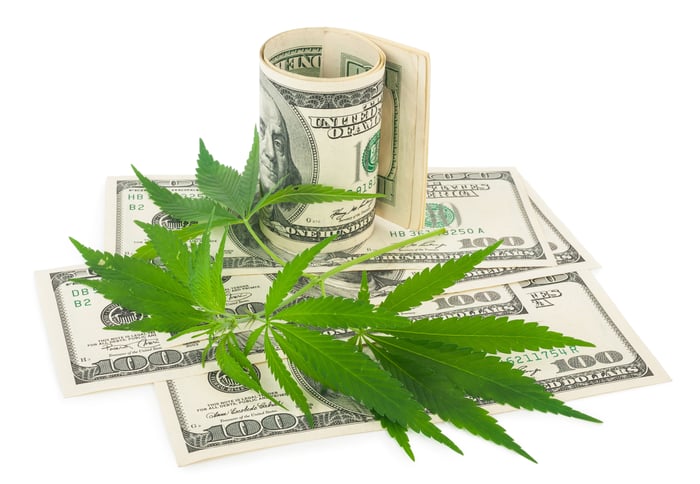 CannTrust Holdings had nearly doubled year to date at its peak level in late February. But the stock crashed at the end of March after CannTrust reported disappointing fourth-quarter results. CannTrust is now 25% off its highs from earlier this year. I think, though, that CannTrust looks like an ideal comeback candidate.

The company's Q4 revenue came in well below what analysts expected. However, CannTrust still posted 132% year-over-year sales growth. And while its net loss was much worse than predicted, the company had pretty good reasons for its uninspiring bottom-line performance, in my opinion. Those reasons included higher spending on launching adult-use recreational cannabis brands, beefing up its teams to support research and development and international expansion, and listing on the New York Stock Exchange (NYSE).

Basing an opinion of a stock on its performance in one quarter isn't a smart idea. It's much wiser to look at the big picture. And I think the big picture for CannTrust looks pretty good.

CannTrust isn't in the top tier of Canadian marijuana producers in terms of production capacity at this point, but that could change in the not-too-distant future. The company has completed its phase 2 expansion at its Niagara Perpetual Harvest Facility, increasing its annual capacity to around 50,000 kilograms. A phase 3 expansion should double CannTrust's annual production capacity by the second half of 2020.

But the intriguing move by CannTrust is the company's decision to grow cannabis outdoors. CannTrust recently closed on its purchase of 81 acres in British Columbia. The company intends to secure more land as well, bringing its total outdoor cultivation space to 200 acres. With this outdoor capability, CannTrust expects to boost its annual production capacity to between 200,000 and 300,000 kilograms.

Granted, the quality of cannabis leaf grown outdoors won't match up against indoor-grown cannabis. However, for extracting THC, CBD, and other cannabinoids, it shouldn't matter how the cannabis was grown.

CannTrust has its eyes on the cannabis edibles market that is expected to open in Canada later this year and shift into high gear in 2020. The company's plan to expand into outdoor production could be a key factor in the stock bouncing back nicely as it capitalizes on this opportunity.

A U.S. marijuana stock with the REIT stuff

Innovative Industrial Properties (IIP) has at least two things in common with CannTrust. Both stocks are listed on the NYSE, and both stocks have lost some of their oomph from earlier in the year. IIP was up as much as 90% before giving up some of its gains.

There are two key differentiating factors for IIP, though. First, the company focuses on the U.S. medical cannabis market. Second, IIP doesn't actually produce cannabis itself. It's instead a real estate investment trust (REIT) that leases properties to cannabis businesses. Both are big pluses for this stock in my view.

I like IIP's focus on the U.S. market for a couple of reasons. One is that the U.S. cannabis market is enormous. Thirty-three states have legalized medical cannabis, with more likely on the way. Arcview Market Research and BDS Analytics project that the U.S. medical cannabis market will reach $7.7 billion by 2022 -- bigger than the entire Canadian market including medical and adult-use recreational sales. If you throw in recreational marijuana sales in the U.S., the total market could top $23 billion by 2022.

Another reason why IIP's U.S. focus could be important is that marijuana remains illegal at the federal level despite the large number of states that have legalized medical and/or recreational cannabis. I'm not worried that this will hurt IIP, though. Instead, I think that progress toward changing federal laws could provide significant catalysts for the stock over the next couple of years.

Then there are the advantages for IIP in being a REIT. The company currently owns and leases 13 properties in 11 states. These properties are leased for long periods, with a weighted-average remaining lease length of more than 14 years. IIP makes a great return on the properties also, with an average current yield on invested capital of over 15%.

IIP has been consistently profitable, with tremendous earnings growth. As a REIT, it's required to distribute at least 90% of taxable income to shareholders as dividends. The company's dividend yield currently stands at 2.25%.

Not just for one quarter

I think that CannTrust and Innovative Industrial Properties could be solid winners in the second quarter. More importantly, though, I think these two stocks should be successful over the long run. CannTrust and IIP are two top marijuana stocks to buy in Q2 not necessarily for their potential performance in the quarter but for the returns they could deliver to investors for many quarters to come.