Can you guess what these high-flying stocks have in common?

You could double your money in just five years by buying stocks that deliver an average annual return of 15%. That's not bad at all. What's even better is stocks that soar 200% or more in a matter of months.

Three stocks that have more than tripled so far in 2019 are Axsome Therapeutics (AXSM 10.47%), PhaseBio Pharmaceuticals (PHAS -9.72%), and Magenta Therapeutics (MGTA -3.51%). How did these stocks deliver such sizzling returns in a short period? And is there anything investors can learn from their performances to pick future winners? 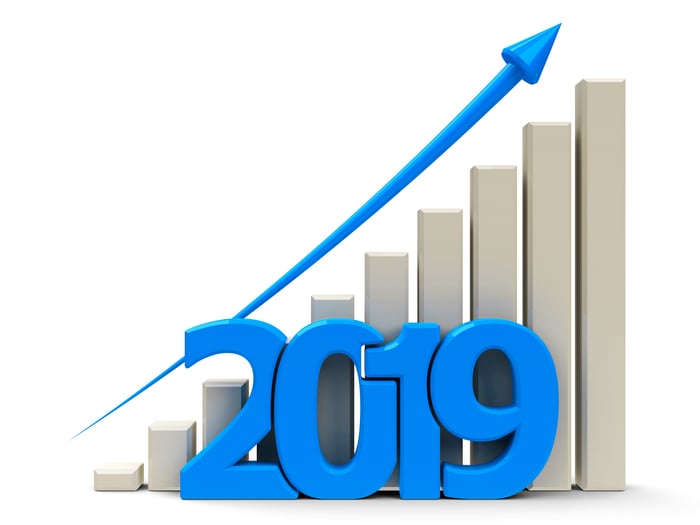 Axsome Therapeutics started off 2019 with a bang. On Jan. 7, the biotech reported positive results from a phase 2 clinical study evaluating experimental drug AXS-05 in treating major depressive disorder (MDD). AXS-05 beat bupropion, which is marketed under brand names Wellbutrin and Zyban, across the board in improving the symptoms of depression in patients enrolled in the clinical study. Thanks in large part to the success for AXS-05 in this study, Axsome's share price is now up by a whopping 468% so far this year.

That wasn't the biotech's only good news for AXS-05, though. In March, Axsome announced that the drug had received Breakthrough Therapy designation from the U.S. Food and Drug Administration (FDA). This designation gives the company several benefits, including greater FDA involvement throughout the development and review process and the opportunity to file for approval on a rolling basis in sections, and it potentially opens the door for a shorter review period for approval.

Axsome has also made progress with its other pipeline candidates. In late January, the biotech started a phase 2 study evaluating AXS-12 in treating narcolepsy. And in March, Axsome initiated a phase 3 study of AXS-07 in treating migraine.

As of mid-March, PhaseBio Pharmaceuticals stock was down by 12% year to date. But things turned around in a hurry. PhaseBio is now up by an impressive 248% so far in 2019.

PhaseBio's rebound began after the company presented at the Cowen and Company Healthcare Conference on March 13. This presentation reminded investors about the promising potential for the company's pipeline, especially experimental drug PB2452. But investors really got excited about that potential when PhaseBio reported results from a phase 1 study of the drug on March 17.

The company announced that PB2452 achieved "immediate and sustained reversal" of the antiplatelet effects of AstraZeneca's (AZN 2.14%) blood thinner Brilinta. Although Brilinta works really well at preventing blood clots, there's currently no effective way to reverse its effects if a patient begins to bleed uncontrollably. PhaseBio has a phase 2a study of PB2452 underway and expects to report results from this study in the next few months.

Magenta Therapeutics stock has soared 206% in 2019. The biopharmaceutical company benefited from several pipeline updates in the first quarter.

In February, Magenta presented preclinical data for MGTA-145, a candidate that targets the mobilization and collection of stem cells for use in bone marrow transplants. The company announced encouraging preliminary results from a phase 2 study of MGTA-456 in stem cell transplants for patients with inherited metabolic disorders. Magenta also reported encouraging preclinical data for two other programs seeking to improve stem cell transplants in patients with blood cancer and autoimmune diseases.

It's still really early for most of Magenta Therapeutics' pipeline candidates. The company's only clinical program, for now, is MGTA-456. However, Magenta expects to soon advance MGTA-145 to a phase 1 clinical study.

You undoubtedly spotted one common denominator for these three stocks: They're all biotechs. Another characteristic that Axsome, PhaseBio, and Magenta share is that they're all small-cap stocks.

Small-cap biotech stocks are inherently risky. While these three companies have reported encouraging results, the odds are stacked against biotechs with early-stage drugs in development. But with this high level of risk comes the potential for very high returns -- just as we've seen so far this year for Axsome, PhaseBio, and Magenta.

There's something else that all three companies have in common that might not be as obvious: Each of these biotechs is taking a path that others have ignored.

Axsome's lead candidate AXS-05 combines dextromethorphan, a common ingredient in cough medicines, with bupropion, an established antidepressant and smoking-cessation aid. No other company has thought to see how well these two drugs work together.

PhaseBio didn't initially develop its promising lead candidate, PB2452; AstraZeneca did. But PhaseBio saw the potential for the experimental drug in reversing the antiplatelet effects of Brilinta and licensed PB2452 from AstraZeneca in 2017. Now the company could have a big winner on its hands.

Magenta CEO Jason Gardner stated in the company's Q4 update that "Magenta is the only company addressing the major barriers to stem cell transplant and gene therapy, with the goal of changing the lives of patients with autoimmune diseases, blood cancers and genetic diseases through curative therapies." The needs are there, but Magenta is stepping up to the challenge while most other drugmakers look elsewhere.

There's no guarantee that any stock will more than triple in only a few months. But the stocks that are most likely to do so will, like Axsome, PhaseBio, and Magenta, probably be small and focus on areas that others are ignoring.