The process of testing and clearing new drugs for public use is a lengthy one. Once a drug has been developed and proven to be safe for animals, the next step is to test it out on real people. Clinical trials for new drugs are conducted in a series of stages, the first of which involves showing that a medication can, in fact, be used on people. The purpose of a phase 1 drug test is to evaluate the safety of a drug, figure out its ideal dosage range, and identify possible side effects from taking it. Phase 1 drug tests are usually conducted on a small group of people whose reactions are observed and recorded throughout the trial. 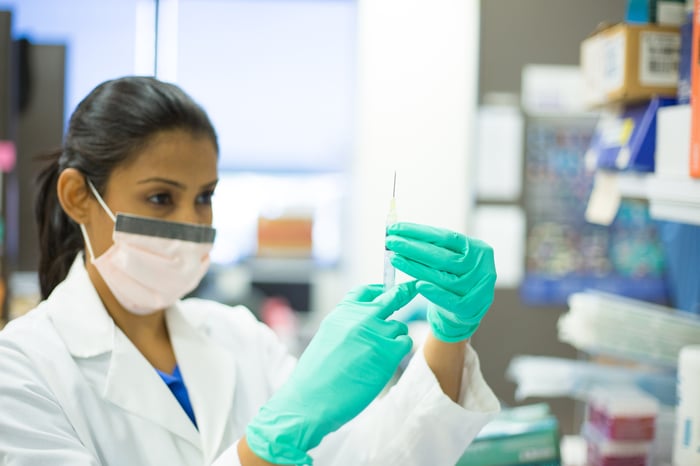 What happens during a phase 1 trial?

In a phase 1 clinical trial, a small group of patients is recruited to try out a new drug. The number of patients will typically fall anywhere between 20 and 100. While phase 1 trials are usually conducted on healthy individuals, patients who are already ill are sometimes offered an opportunity to participate as well, particularly if the drugs in question could improve a serious condition that isn't responding well to conventional treatments.

During a phase 1 clinical trial, patients will generally start out by getting a certain dose of the drug being tested. As long as there are no or few side effects, that dose will increase gradually so that doctors can study its effects. This process is known as dose escalation, and the purpose is to identify not only the proper dosage amount, but the ideal dosage timing.

Doctors who administer phase 1 trials typically collect data on how patients react to the drug, how the body absorbs the drug, and how the drug spreads in the body. Once the drug is deemed safe and its proper dosage is determined, the drug can move on to a phase 2 trial, which involves testing it out on a larger set of people who have the condition it's designed to treat. According to the FDA, about 70% of new drugs make it past phase 1 and onto phase 2.

Investing in companies with phase 1 drugs

When you look to invest in a drug company, it's important to be aware of what drugs it has in its pipeline. If a company has several drugs that are already in phase 1, it could be a good opportunity to buy its stock on the cheap before prices rise as those drugs move closer to FDA approval. On the other hand, it can be risky to buy stock in a drug company based on good news out of phase 1 because things have a way of going wrong from that point on. Though most drugs do move on from phase 1 to phase 2, those success rates typically decline as the process goes along. So while investing in a company based on its phase 1 drugs could be a smart idea, it could also end up backfiring.