The stock of the fast-growing maker of temporary heart pumps remains a big winner over the past three years.

Shares of the Massachusetts-based maker of minimally invasive heart pumps are down 12.4% in 2019 through April 5. 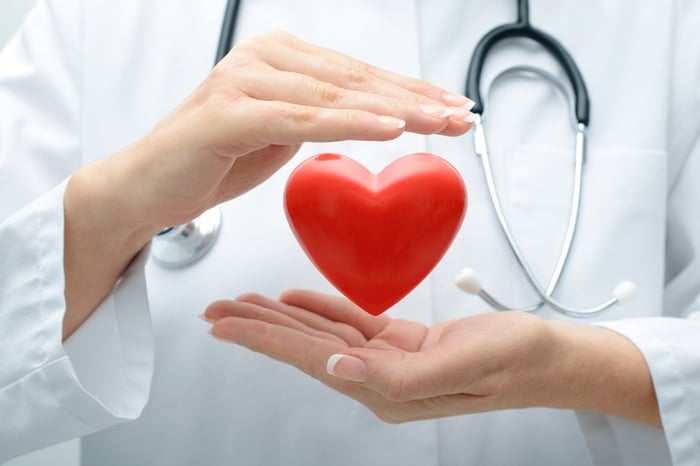 Last month, Abiomed didn't release any news that we can definitively tie to its stock's decline, nor was it the specific subject of any such news.

On March 18, the company did release significant news, but it doesn't appear directly related to the stock's decline, since shares were flat that day and rose slightly the following day. Abiomed announced survival data from the 18-month, post-approval study of 42 Impella RP heart pump patients, which it presented at the American College of Cardiology's 68th Annual Scientific Session in New Orleans. The "FDA post-market study data shows 64% survival rate for patients who meet the Recover Right criteria," the company said in the press release.

We can probably attribute Abiomed stock's pullback to simple profit-taking. After all, the stock has been a huge winner in recent years: It soared 73% last year and is up a whopping 198% over the past three years through April 5. These gains have been driven by strong financial results. In its most recently reported quarter, Q3 of fiscal 2019, the company's sales grew 30% year over year to $200.6 million and net income soared 235% to $44.9 million, which translated to earnings per share of $0.97. 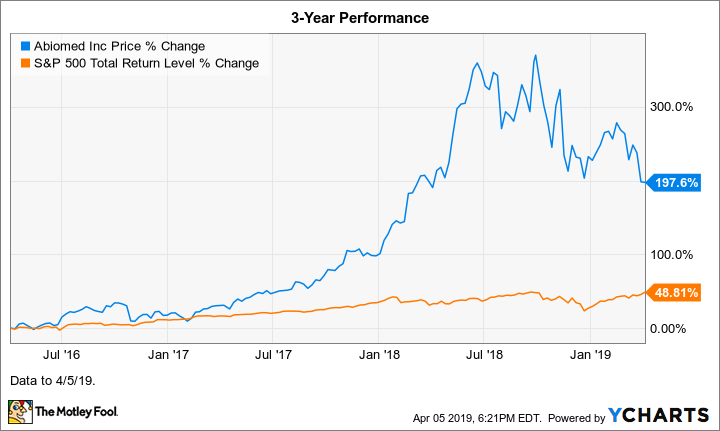 Abiomed's management raised its full-year fiscal 2019 guidance when it released last quarter's results. The company now expects revenue to be about $780 million, up from its prior range of $765 million to $770 million. This outlook implies that fourth-quarter revenue will be about $280 million, which represents growth of 25% year over year.

While it hasn't yet released a date, investors can probably expect Abiomed to report its fourth-quarter and full-year results in early May.