This should pair well with the company's new Mac Pro.

For years, Apple (AAPL -0.05%) sold Apple-branded stand-alone computer displays to customers looking for professional-grade screens to pair with their Mac products. After years of not updating its stand-alone display product, the company discontinued it and began offering a display made by LG Display (LPL 0.53%) as a substitute.

There have, however, been rumors that Apple is hard at work at reviving its own professional-display product. According to respected analyst Ming-Chi Kuo with TF International Securities, that revival may be soon at hand. Here's what Kuo had to say. 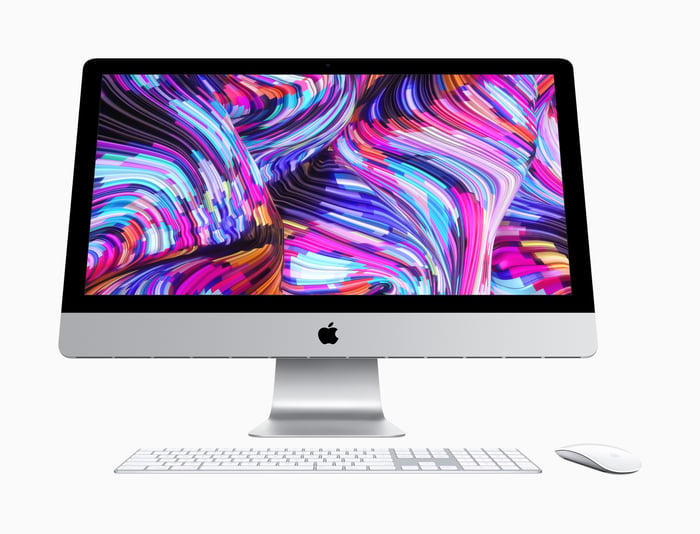 The screen is expected to measure 31.6 inches along the diagonal, making it dramatically larger than the 27-inch LG-branded screen that Apple currently offers. It's also said to be a "6K" screen, although Kuo doesn't appear to have published the precise display resolution.

Apple has generally emphasized display quality as a key selling point across its major product lines, so the Mac maker's rumored adoption of MiniLED technology in its upcoming stand-alone display is in line with the company's priorities.

According to Kuo, this display will arrive in either the second or third quarter of 2019.

The launch of a stand-alone computer monitor isn't going to have a material influence on Apple's business performance or stock price. Nevertheless, there are a number of reasons that this upcoming launch is strategically important.

First, Apple has made it clear that it's making an effort to win back the hearts and minds of the professional content-creation community with its Mac products. The company took some initial steps in that direction when it introduced the iMac Pro and publicly committing to redesigning its Mac Pro computer to be more in line with what customers of such products want.

By offering a cutting-edge, professional display, Apple will not only further signal to that professional community that it cares about their needs, but it'll also give those prospective Mac Pro buyers the optimal screen to pair with the system.

So, while sales of such a display aren't likely to move the needle for Apple's business, the existence of that display could help bolster Apple's overall presence and credibility in the professional market -- something that should, ultimately, translate into greater Mac revenue and increased share of the professional computer market.

Another thing to consider, too, is that an expensive, low-volume display is a good place for Apple and its partners to gain experience building cutting-edge display technology. As the company gains experience in building MiniLED screens, it should be able to bring the technology to the rest of its Mac product line over time (although I'd expect iMac Pro and MacBook Pro to get the technology long before more mainstream products like MacBook Air and iMac do). If MiniLED technology delivers on its promises of a huge image-quality boost, then Apple should have a compelling selling point for any new products that incorporate this technology.