Shares of SMART Global Holdings (SGH -3.61%) sank 34.5% in March, according to data from S&P Global Market Intelligence. The memory chip company's stock fell at the end of the month after it published results for its second quarter and issued guidance for the third quarter. 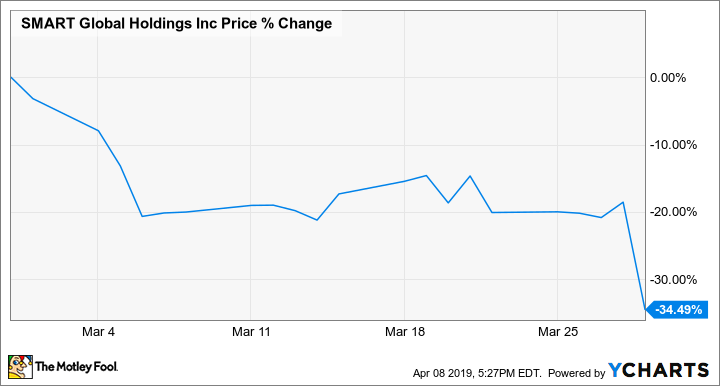 SMART reported second-quarter results after the market closed on March 28. Earnings actually topped the average analyst target, but sales for the period came in lower than anticipated, and management's guidance for the May quarter appears to have prompted a big sell-off. 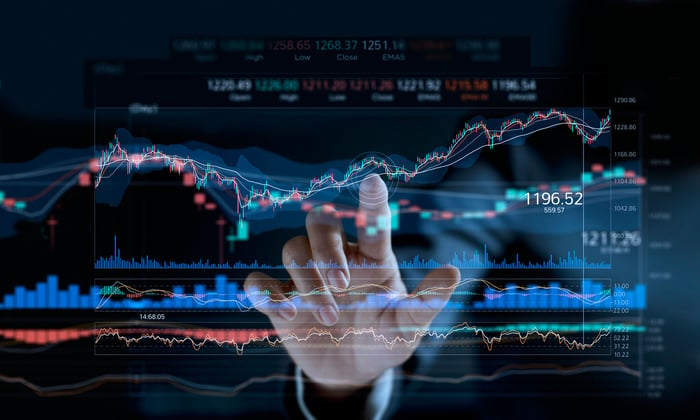 SMART recorded $304.1 million in sales for the March quarter, down roughly 3% year over year and missing the average analyst sales target's call for revenue of $317.3 million. Adjusted net income for the period came in at $18 million -- working out to earnings per share of $0.77, beating the average analyst estimate's call for per-share earnings of $0.75. However, while profits beat the average target, earnings per share for the quarter were down 53% from $1.64 in the prior-year quarter as volatility for its Brazilian segment weighed on performance.

The company expects sales for the May quarter to come in between $260 million and $270 million, down roughly 21% at the midpoint of the target from the $335.5 million in third-quarter sales that it posted in 2018. Earnings per share for the period are expected to come in between $0.34 and $0.38 -- down substantially from the $1.84 in adjusted earnings that it posted in last year's quarter.

Like other memory chip companies, SMART Global Holdings got hit hard in the second half of 2018 as slowing demand put the hurt on the sector. Weaker-than-anticipated guidance for the third quarter appears to have raised the specter of another big slide for memory companies and spooked investors last month.

SMART stock has seen some rebound in April, trading up 15% in the month so far as the broader market and memory chip stocks have gained ground. 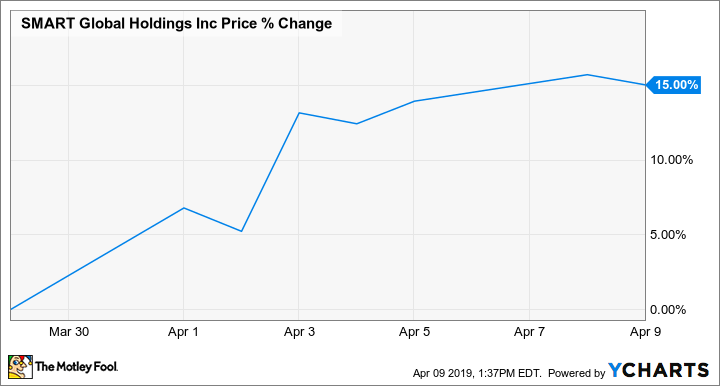 Shares trade at roughly six times this year's expected earnings, but the cyclical nature of the memory chip business and recent shakeups for the sector meant that it's difficult to chart how the business will perform.