Please ensure Javascript is enabled for purposes of website accessibility
Log In Help Join The Motley Fool
Free Article Join Over 1 Million Premium Members And Get More In-Depth Stock Guidance and Research
By George Budwell - Apr 9, 2019 at 9:02AM

The FDA refused to accept the biotech's experimental epilepsy medication for review.

Shares of Zogenix (ZGNX), a mid-cap biotech, fell by nearly 27% in premarket trading on Tuesday. The culprit?

After the closing bell yesterday, the company announced that the Food and Drug Administration (FDA) refused to accept the New Drug Application (NDA) for Fintepla (formerly ZX008) as a potential treatment for a rare form of childhood epilepsy known as Dravet syndrome. Fintepla was slated to compete head-to-head against GW Pharmaceuticals' newly approved Dravet syndrome medication, Epidiolex. 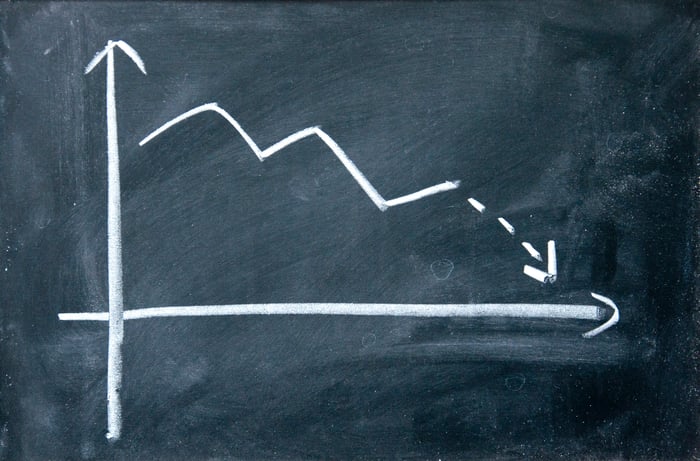 The FDA's refusal-to-file decision centered around missing animal data necessary to assess the chronic administration of fenfluramine (ZX008 is a low-dose formulation of fenfluramine), as well as the company's submission of an incorrect clinical data set in the application.

On the bright side, the agency has yet to request additional preclinical data, although the FDA may still do so at a later date. However, the submission of a wrong data set is cause for concern. Zogenix basically committed an unforced error that could prove extremely costly in terms of future sales in the United States -- especially with Epidiolex's commercial launch off to a blistering start.

Zogenix is now banking on the drug's application with the European Medicines Agency (EMA) to close the gap with GW's Epidiolex. Per the press release, the company said that it expects the EMA to reach a decision on Fintepla by the first quarter of 2020. Zogenix will have to await an upcoming Type A meeting the FDA to figure out its plan of action in the United States, however.

Is Zogenix a bad news buy? Regulatory miscues aren't the end of the world and Zogenix could very well end up turning this rejected NDA around within a reasonable time frame, assuming no further preclinical studies are required by the FDA. The problem, though, is that this regulatory misstep will undoubtedly allow Epidiolex to solidify its position in the marketplace. As such, investors might want to take a cautious approach with this falling knife for the time being.