One of the big mysteries surrounding Apple's (NASDAQ:AAPL) acquisition of Texture, which serves as a backbone for Apple News+, was just how much Apple paid. The tech titan never officially disclosed the price tag last year, and quarterly cash flow statements can only tell you so much. For what it's worth, regulatory filings show Apple spent $132 million (net of cash acquired) on business acquisitions in the first quarter of 2018, during which it also acquired and/or acqui-hired buddybuild and the tech team from Silicon Valley Data Science.

Investors are now finally getting an idea of just how much Apple is paying -- and it's a lot. 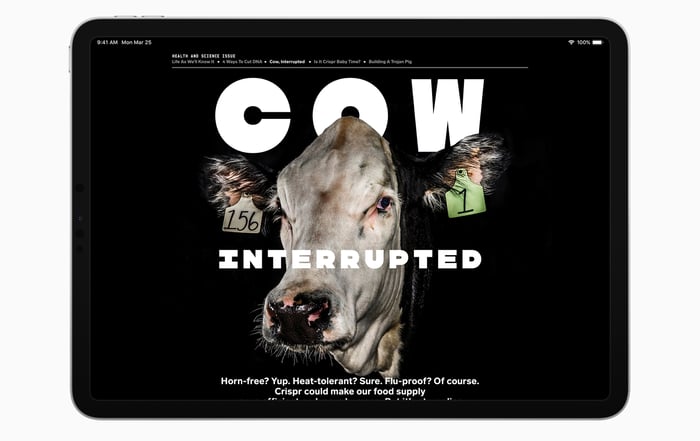 Apple is paying nearly half a billion dollars

The New York Post reported yesterday that Apple will end up paying a whopping $485 million for Texture after all is said and done. That sum includes a $100 million up-front payment to four of the publishers (Conde Nast, Meredith, Hearst, and Rogers) that had created the joint venture that developed the service, as well as private equity firm KKR, which had invested $50 million in 2014. However, the report does not mention the other two publishers, Time and News Corp., that were involved in the joint venture, so it's unclear what happened to their stakes. KKR exited its investment with the sale to Apple. 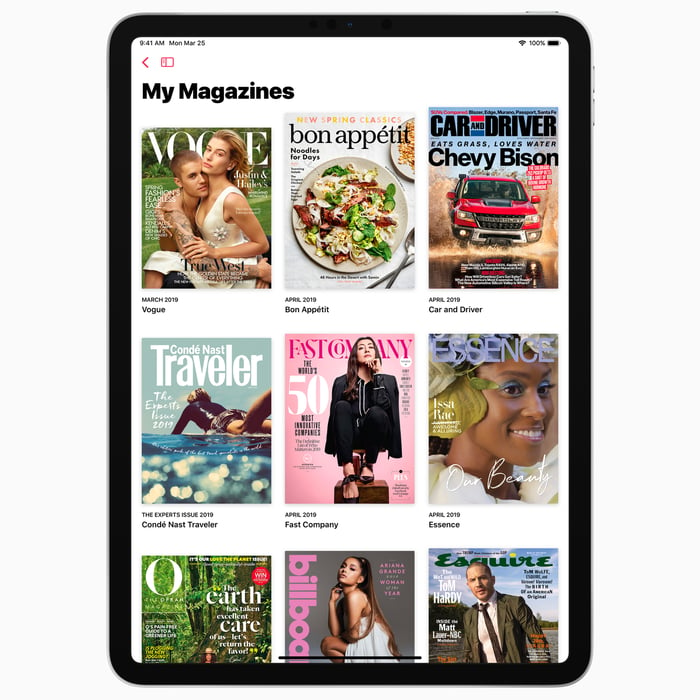 In addition to $100 million up front, Apple is paying a "minimum" of $145 million to those four publishers in the first year, in addition to at least another $240 million for the second and third years combined, according to the report. That will put the total cost at $485 million or more over time.

The report also notes that Texture had roughly 240,000 subscribers at the time of acquisition, which is roughly in line with former Texture CEO John Loughlin's comments to the Post in a separate 2016 report that the service had garnered "hundreds of thousands" of paying subscribers. Apple News+ reportedly grabbed 200,000 trial subscribers within the first two days. Apple is shutting down Texture at the end of May, to the frustration of subscribers on Android.

Is it mostly licensing costs?

The payments over the subsequent three years are peculiar though. For starters, a $485 million price tag for Texture wouldn't make much sense in terms of valuation, considering a subscriber base that would be generating around $28.8 million in annual subscription revenue. Texture wasn't growing much, was likely unprofitable, and was hardly a revolutionary service.

Instead, it would make more sense if the acquisition price was $100 million, representing the bulk of acquisition-related cash flow that quarter, with the remaining $385 million in subsequent years pertaining to licensing costs for the 300 magazines that those publishers are providing to Apple News+. That could also explain why Apple is trying to keep half of all subscription revenue from the service, in order to cover what are essentially fixed costs associated with the service's first few years.

Apple News+ monetization offers publishers a payout based on the proportionate share of user engagement, which may also shine light on the "minimum" that Apple is paying the publishers. Perhaps if their content generates better-than-expected engagement, Apple will pay out even more. If the $385 million is indeed licensing costs, it would be accounted as such in services cost of revenue, instead of an acquisition expense.