Who knew billboards and surety insurance could be so entertaining?

Boston Omaha (BOC 1.38%) recently announced full-year 2018 results, outlining the implications of its ambitious acquisitions in recent months, explaining its continued book-value growth, and offering investors clarity on what to expect -- and what not to expect -- in the coming quarters.

Let's dig deeper, then, to see what the billboard advertising and surety insurance specialist accomplished over the past year, as well as what shareholders should be watching. 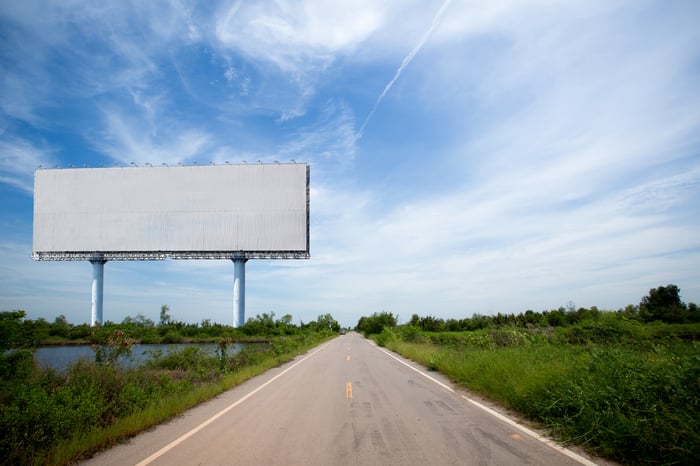 What happened with Boston Omaha in 2018?

In Boston Omaha's fourth annual letter to shareholders -- which, as usual, I strongly suggest reading, if not for its business insight than for its wit -- management mused about its collective busy-ness in the second half of the year:

We won't often spend time in these letters talking about a particular quarter; we prefer to think in terms of years. But to paraphrase a quote from Lenin (Vladimir, not John), "There are decades where nothing happens, weeks where decades happen, and months where you spend $138mm on billboards and get approved to write insurance in the biggest state in the country." (Apologies to the Lenin family...[co-CEO Adam Peterson's] Russian is a little rusty).

Management also warned that, as a result of recent billboard acquisitions, Boston Omaha will expense around $25 million of accumulated depreciation and amortization charges "over the next couple of years."

"Those charges will result in some large non-cash expenses," management elaborated; "however, that is far and away above our estimate of the capital expenditures necessary to retain and improve the productive capacity of the billboards we purchased."

As for forward guidance, management added, "You are more likely to see the Patriots or Red Sox lose in the [Super Bowl] or World Series to a team from L.A. than to catch us making quarterly or annual earnings forecasts."

Instead, Boston Omaha management once again reminded investors of the company's "general decision-making framework," namely for providing proper incentives to align employees' interests with those of shareholders, decentralizing the company's management structure, focusing on the best ways to "durably" generate cash over time, and always maintaining a long-term mindset.

All things considered, that's as much as any patient investor can hope to ask as this promising business continues to build its foundation.