Please ensure Javascript is enabled for purposes of website accessibility
Log In Help Join The Motley Fool
Free Article Join Over 1 Million Premium Members And Get More In-Depth Stock Guidance and Research
By Keith Noonan – Apr 10, 2019 at 7:48AM

3D Systems stock has lost roughly 80% of its value over the last five years as the outlook for 3D printing has cooled.

Shares of 3D Systems (DDD -0.10%) dropped 23.8% in March, according to data from S&P Global Market Intelligence. The stock saw a steep decline following the publication of the company's fourth-quarter earnings report at the end of February. 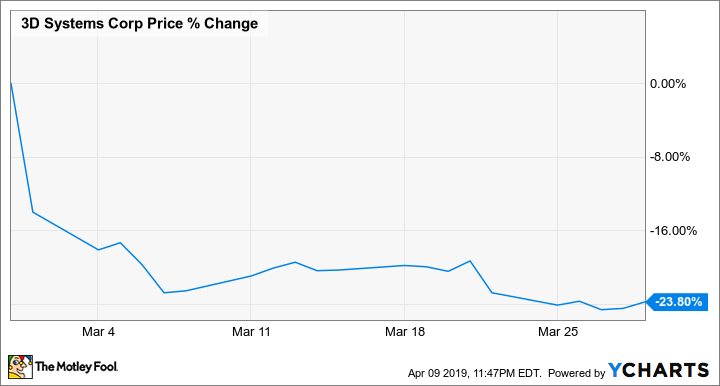 3D Systems published its fourth-quarter and full-year results after the market closed on Feb. 28. That meant that March 1 was the market's first in-session chance to react to the performance and limited guidance, and it appears investors weren't thrilled with the results and opaque outlook. Shares fell 14% in the month's opening day and continued to sag as the month progressed. 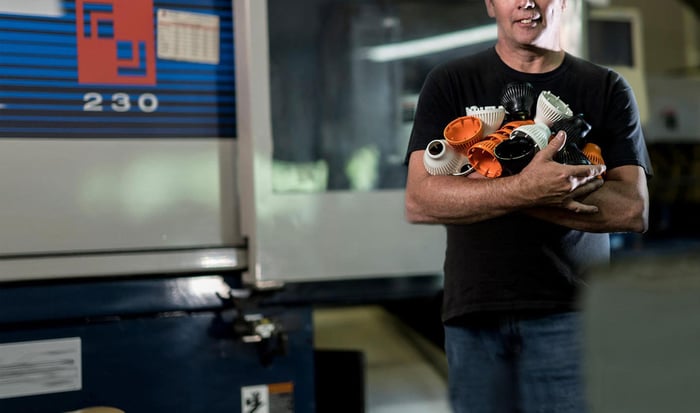 3D Systems' revenue for the fourth quarter was in line with the average analyst target, having grown roughly 2% year over year to reach $180.7 million -- and the bottom line actually beat the average target. The company recorded adjusted earnings per share of $0.01 for the period, coming in ahead of the average analyst estimates for a per-share loss of $0.02.

While the company did beat top- and bottom-line targets in the fourth quarter, it also didn't deliver the type of blockbuster performance that could fully alleviate concerns that investors are light on indicators as to how the business will perform this year. A sales and earnings target cut from a Bank of America Merrill Lynch analyst following the earnings release could have also had a significant impact on 3D Systems' stock last month.

3D Systems says that it expects sales, profits, and free cash flow to improve, and that printer and equipment sales will continue to be at the center of its growth engine. Management says it has new products ramping up, though it didn't offer a detailed outlook for individual product lines or overall business performance.

The 3D printing company is valued at roughly $1.3 billion. With sales growth looking sluggish, 3D Systems is focusing on reducing its inventory and operating expenses in order to improve earnings. The company trades at 50 times this year's expected earnings and about 1.8 times expected sales.