The retailer promised higher profits in 2019 after another year of stubborn declines.

Investors had low expectations heading into Bed Bath & Beyond's (BBBY -7.48%) fiscal fourth-quarter earnings report. The specialty retailer just came out of a tough holiday season that, while leaving it in a flexible financial position, raised questions about its prospects for an eventual growth rebound.

This week's earnings announcement didn't ease those worries. Instead, Bed Bath & Beyond continued to struggle with reduced sales and falling profitability. Meanwhile, management declined to address the recent shareholder actions aimed at shaking up the executive team. Yet some of its moves appeared to be directed at neutralizing those criticisms. 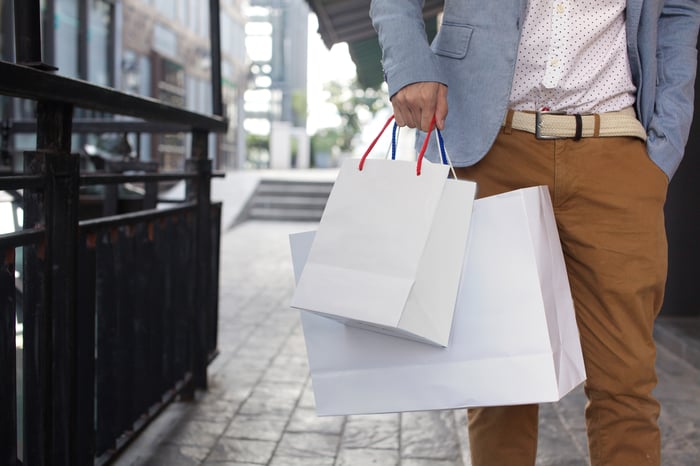 The broader growth trends didn't show improvement from the weak results investors have seen for a few years now. Comparable-store sales fell 1.4% as e-commerce gains failed to fully offset reduced traffic in the physical store base. That result landed comps at a 1.1% decline for the full year, or about even with management's forecast. Bed Bath & Beyond's comps have now dropped in each of the last three fiscal years, although the declines have all been modest at about 1%.

Executives say they've been prioritizing profitability over near-term sales growth through strategies like removing low-margin products and scaling back on price cuts. Yet investors aren't seeing concrete benefits of these moves so far. Instead, gross profit margin fell to 34.7% of sales from 35.9% a year ago. For the full year, profitability landed at $4.1 billion, or 34%, compared to $4.4 billion, or 36%, in 2017. This metric has been steadily worsening since 2015, when it was above 38% of sales.

Bed Bath & Beyond faced a major challenge in trying to cut costs while still investing in long-term growth initiatives. These moves left expenses about even with the prior year despite a lower sales base. As a result, operating margin fell for a third straight year. That metric has now fallen to below 4% from 12% in 2016.

CEO Steven Temares and his team delivered the detailed update on their recovery plans that they promised investors in early January. The good news is the company sees modest earnings growth returning to the business in 2019, or a full year ahead of their initial schedule.

Looking deeper into the rebound targets, Bed Bath & Beyond is aiming for gross profit margin of around 36% of sales over the long term, which would return it to levels it achieved back in 2017. Operating margin should ideally land at 6% by 2020, or roughly double the current level. The company didn't predict whether its many merchandising changes will end its sales slide this year, and so investors can assume continuity in the current strategy that pairs modest customer traffic declines with reduced promotions.

As for the activist investor challenge, Bed Bath & Beyond took a few actions apparently aimed at beating back that confrontation. It raised its dividend while announcing a comprehensive review of its management structure and compensation practices.

The company also sped up plans to add more independent directors to the board. Executives have to hope that these changes, plus their forecasts predicting improving financial trends beginning this year, will convince shareholders to reject the activist investor attempt to toss out the management team in the upcoming annual shareholders' meeting.

Why Bed Bath & Beyond Stock Was Down This Week
366%