At Home Group (NYSE:HOME) is a furniture superstore operating mostly in the Southern and Midwestern United States. The company operates 180 massive stores as large as 165,000 square feet that sell over 50,000 items in each location.

Although At Home has an interesting retail concept, the company could be limited by its high debt. Retail is a capital-intensive industry, and with $596 million in total debt already on its balance sheet, the company may want to slow store openings to avoid putting itself in a difficult financial situation in the future.

On August 4, 2016, At Home began trading as a newly public company. The company used all the proceeds it raised from its IPO to reduce its debt load, bringing the company's total debt after the IPO to $407.8 million. This was still a lot of debt for a company with a market cap of just $890 million (at the time), but it was a step in the right direction. 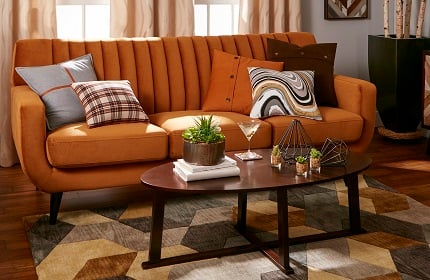 Since its IPO, At Home has been executing a growth strategy that's involved taking on additional debt to build new stores. The company believes it can grow to 600 stores in the long run, but doesn't know how long it will take to get there. Given that the company only has 180 stores today, investors have big expectations for the company to grow. But growth comes at a cost.

At Home has added 65 stores since its IPO two and a half years ago, which implies an annual rate of 25 new stores per year. Adding new stores has allowed At Home to show attractive growth figures. Last year, the company generated $1.2 billion in revenue, showing 23% growth over the prior year.

Building a retail store requires a lot of capital, especially because At Home's stores are massive. Even though the company leases new stores, it must still buy the inventory upfront, customize fixtures, hire staff, and invest in local marketing. According to the company, a new store requires a total, all-in investment of $3 to $4 million.

At $3 to $4 million a pop, it's no wonder that the company's debt has grown by nearly $200 million since its IPO. Yet the company plans to continue building new stores at a similar pace.

Just because At Home has accumulated more debt does not mean that it has too much debt. The best way to think about a company's debt is to look at its financial leverage ratio, measured by its total debt divided by earnings. When thinking in terms of leverage, investors like to use EBITDA as a proxy for earnings because it measures earnings after operating expenses have been subtracted but before debt has been serviced. EBITDA is defined as a company's earnings before interest taxes depreciation and amortization.

First, Adjusted EBITDA can be gamed. Companies "adjust" EBITDA for non-recurring expenses in an effort to show earnings normalized for unusual items or one-time events. Furthermore, EBITDA isn't cash flow in the sense that it doesn't deduct for several real cash items, such as interest expense, taxes, and capital investments -- including the costs associated with building new stores.

Second, total debt isn't a perfect measure either, because it excludes off-balance sheet liabilities. At Home leases most of its stores and pays rent to maintain those locations. Many financial analysts argue that lease liabilities should be considered debt, and accounting rule makers agree. Beginning in 2020, all US companies will be required to show leases on their balance sheets and categorize leases as financial liabilities.

Changes to lease accounting rules will have an impact to At Home's balance sheet. In the company's most recent annual report, it disclosed a lease liability of $2.2 billion.

While few analysts would consider At Home's financial leverage to be extremely high today, it is not insignificant. The company's leverage will likely increase if it continues to build new stores and is almost certainly higher when taking lease liabilities into account.

Why At Home may want to slow its roll

To date, At Home Group's strategy has been successful. The company has been able to open many new stores, show strong sales growth, and operate profitably. However, At Home is currently operating in what could be considered "the good times" of economic growth and prosperity. The downside of debt usually doesn't materialize until a company or the economy hits a rough patch.

If the US economy suffers, purchases of discretionary items, such as furniture, could decline, resulting in lower earnings for At Home. As stated earlier, At Home's financial leverage will look riskier if its earnings fall. Most retailers do not take on large amounts of debt because they are self-aware; retailers know they operate in a cyclical industry where earnings can rise and fall due to outside forces.

To be clear, At Home doesn't have a debt problem today. However, the company has signaled that it would like to continue opening new stores. This could lead to a problem in the future if the company isn't careful.