Apple (NASDAQ:AAPL) disrupted the watch industry when it launched the original Apple Watch in 2015. Apple turned watches into a consumer electronics accessory that substitutes for a phone in certain situations and has gone from not having a presence to becoming the number one watchmaker in the world in less than 5 years.

Movado (NYSE:MOV) is a traditional watchmaker that found itself in a disrupted industry. However, Movado has been able to thrive by developing a smartwatch strategy of its own and making a couple of deft acquisitions.

Apple's impact on the watch industry

Four years after the launch of the Apple Watch, Apple is now the world's largest watchmaker. Although Apple doesn't disclose sales for its watch, it has been reported that Apple shipped 22.5 million watches in 2018. To put that number into perspective, Apple sold nearly as many watches last year as the entire Swiss watch industry.

Apple has taken market share away from traditional watch companies, but its impact has been mostly felt by mid-tier watchmakers. High-end luxury watchmakers that sell items priced in the thousands of dollars -- think Rolex or Patek Philippe -- have maintained their sales volume, while companies that sell watches for $500 or less have seen sales stagnate or decline. That makes sense, because people who buy watches for $3,000+ dollars are buying them more for fashion than function.

Mid-tier watchmakers have responded to the new competitive threat from Apple in different ways. Some watchmakers like Fossil (NASDAQ:FOSL) have embraced wearables and are competing directly with Apple. Other companies have resisted getting into smartwatches to focus on their core strength in traditional watchmaking.

Movado fits into the mid-tier watchmaker category. Roughly half of the company's revenue is tied to items in the $75 to $500 range. The other half of revenue is from watches priced in the $500 to $2,500 range, a category it refers to as "accessible Luxury." To address rising interest in the newly created "wearables" category, Movado released its own line of smartwatches that are focused more on fashion but still have great functionality.

Movado debuted its first line of smartwatches during the 2015 holiday season. Positioned as a luxury-oriented wearable, the watches were priced at $1,000 and had features including sleep cycle monitoring, phone call and text notifications, and a calendar. 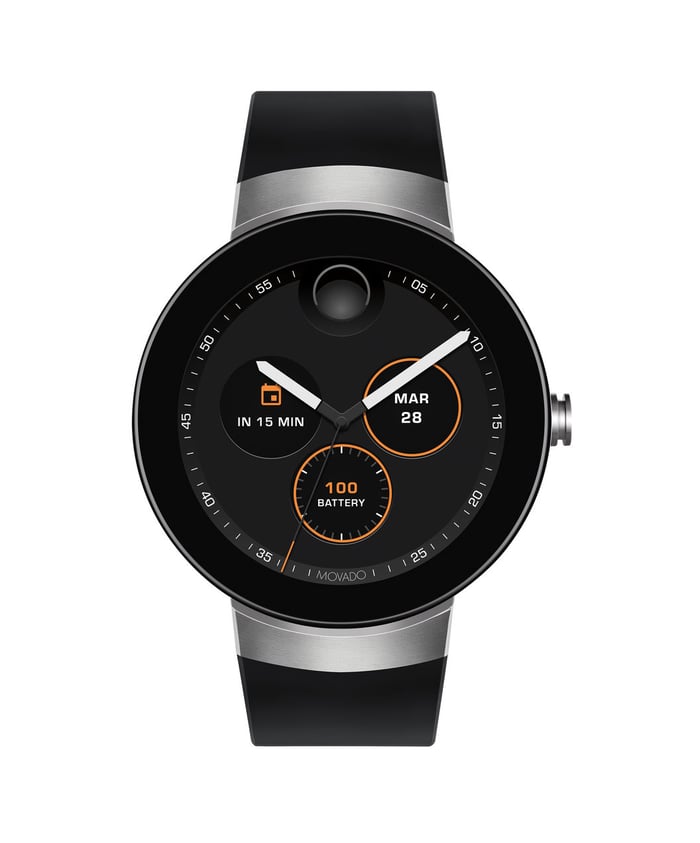 The company has continued to work on its smartwatch, releasing new models every year. The recently unveiled Movado Connect is powered by Google's Android operating system and is equipped with Google Assistant, Google's voice-powered artificial intelligence tool.

Movado doesn't disclose the revenue generated from smartwatches, but an educated guess is that smartwatches are not yet a big driver of financial results. Still, it is encouraging that the company has dipped its toe into the wearables arena. There may come a day when consumers demand smartwatch features on all watches, and Movado is ensuring its relevancy by staying on top of watch technology.

In addition to experimenting with smartwatch technology, Movado has adjusted its product strategy by acquiring popular watch brands fashionable with millennial consumers.

Acquiring Olivia Burton and MVMT has broadened Movado's appeal to a younger generation. Like the foray into smartwatches, the company is showing its willingness to take a flexible approach to its product and marketing strategy. 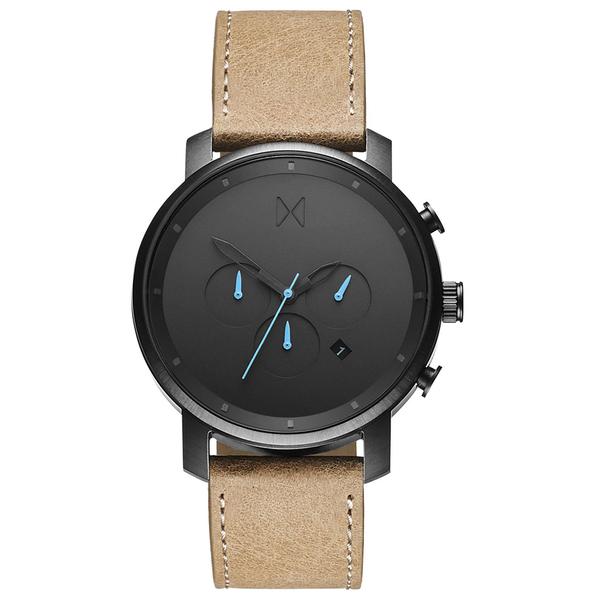 A watch made by MVMT. Image Source: Movado.

Apple has proven that it can disrupt yet another industry, and watchmakers have had to adjust accordingly. Movado has made several moves to help secure its competitive position, including developing its own smartwatch and acquiring fast-growing brands that have figured out how to sell watches to millennials. These strategic moves have improved the company's growth outlook, and have led the company to forecast double-digit organic revenue growth for the coming year.

Movado has proven to be a dynamic company that can navigate a changing industry and should have no problem staying relevant for years to come.