The big oil giant bulks up on shale, the Gulf of Mexico, and liquefied natural gas.

Chevron (CVX -4.44%) jolted the oil market this week by agreeing to buy rival Anadarko Petroleum (APC). The oil giant is paying a whopping $50 billion for Anadarko in a combination of stock, cash, and the assumption of debt. The transaction will significantly bolster Chevron's operations in U.S. shale, the Gulf of Mexico, and liquefied natural gas (LNG). It will also boost the company's midstream portfolio given Anadarko's sizable stake in Western Midstream (WES -0.77%).

Chevron has agreed to acquire all Anadarko's outstanding shares for $33 billion, or $65 per share. That's a massive 38.9% premium to the closing price on Thursday. The company will pay 0.3869 of its shares plus $16.25 in cash (roughly $8 billion in total) for each of Anadarko's shares. Furthermore, it will assume all $16 billion of Anadarko's debt, which brings the total enterprise value of the deal to about $50 billion. 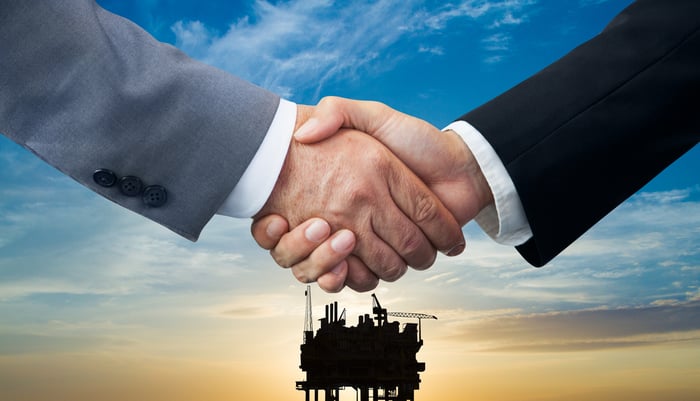 The deal does several things for Chevron. First, it enhances the company's portfolio in three key areas. It will fortify Chevron's U.S. onshore shale position in the fast-growing Permian Basin while also adding Anadarko's leading position in the DJ Basin. Chevron will also build on its capabilities in the deepwater Gulf of Mexico. Finally, the company will be able to grow its LNG business thanks to Anadarko's discovery of a world-class gas resource offshore Mozambique.

The transaction also brings several financial benefits. Chevron expects to save $1 billion in annual operating costs by combining the two companies. Also, it anticipates saving $1 billion in capital costs per year by leveraging its greater scale in its core regions. The company expects the deal to be accretive to both its free cash flow as well as earnings per share within one year after closing. That's assuming the global oil price benchmark averages $60 a barrel, which is well below the current price.

Lastly, Chevron sees the opportunity to high-grade its portfolio by selling noncore assets. Overall, it expects to unload $15 billion to $20 billion of assets between 2020 and 2022. These sales could come from Anadarko's portfolio -- such as some of its international positions like Algeria and Ghana -- or from Chevron's vast asset base, including potentially dropping down some of its infrastructure assets to Western Midstream. The proceeds from those sales as well as the anticipation of higher cash flow will allow Chevron to return more cash to shareholders by increasing its share repurchase rate 25% to $5 billion per year. 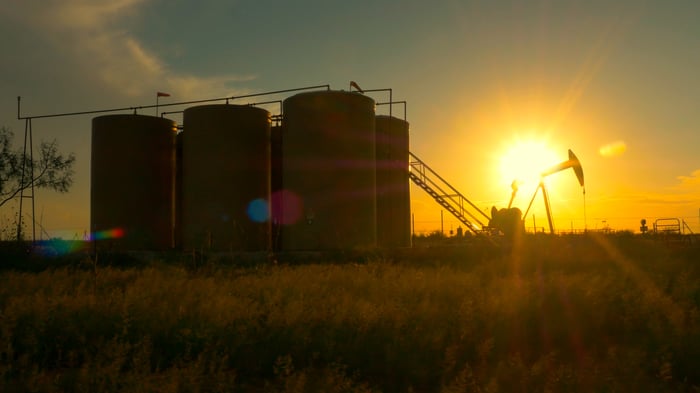 A revival of oil mergers and acquisitions?

This transaction could spark further deal-making in the oil patch, especially in the Permian Basin. Chevron will be one of the largest producers and acreage holders in that region, which will give it a competitive advantage over rivals. It will be able to leverage its control of Western Midstream to build the infrastructure needed to support its growth. In addition, its massive scale will give it an edge in securing much-needed services and equipment at competitive rates.

That could spur others in the region to make deals to strengthen their scale. Big oil rival Royal Dutch Shell (RDS.A) (RDS.B), for example, has been openly seeking to boost its position in that play. So, this deal could be the nudge it needs to make a deal. That would enable Shell to better compete with not only Chevon but Exxon, which also controls a large-scale position in the region. In addition to potential big oil buys, Permian-focused companies could join forces to increase their scale so that they aren't takeover targets themselves. Companies like Diamondback Energy (FANG 0.71%) and Concho Resources (CXO) have been aggressive buyers in the Permian in recent years. Diamondback and Concho each spent more than $9 billion to acquire Permian-focused peers last year. Those deals have enabled them to build up large positions in the region, which also makes them attractive takeout targets for larger rivals.

A needle mover for Chevron and the sector

Chevron's bold move to buy Anadarko not only bolsters its portfolio in several key areas but should enhance its financial results. That sets the company up to create more value for its investors in the coming years as the oil market recovers. The deal could also force rivals into making more defensive moves so that they can combat Chevron's enhanced scale in the Permian. That could make 2019 a busy year for M&A in the oil patch.