Which of these two hot marijuana stocks is the better pick for investors now? The decision comes down to how well each company is positioned to capitalize on its tremendous growth prospects.

You might say that there are "five Cs" when it comes to evaluating the stock of a marijuana producer: capacity, costs, connections, countries, and cash position. Here's how CannTrust and Village Farms compare in these key areas. 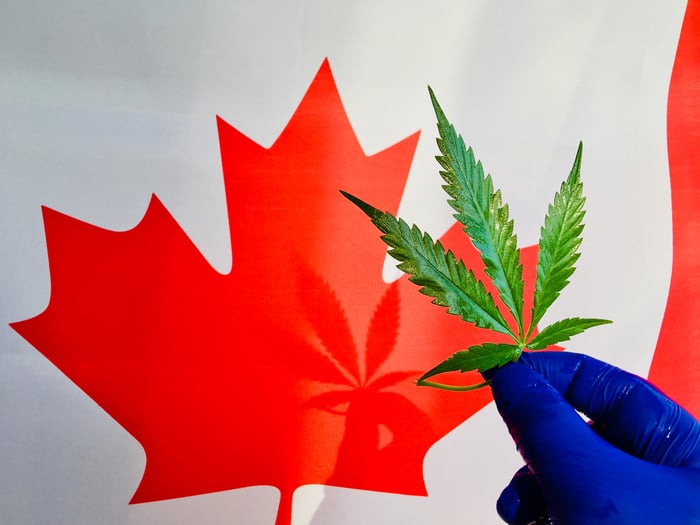 Production capacity is enormously important for a marijuana producer. A company can't sell products that it doesn't have. And while there's often an opportunity to secure additional capacity from third-party suppliers, taking this step eats into profit margins.

CannTrust expects to have an annualized production capacity of more than 100,000 kilograms by the second half of 2020. The company received a key approval in January to begin the phase 3 expansion of its Pelham facility, an important prerequisite to achieving its capacity goal.

Village Farms is arguably in an even better position. The company made its name in the greenhouse produce industry but expanded into cannabis by partnering with Emerald Health Therapeutics (OTC:EMHT.F) to form a joint venture, Pure Sunfarms. Village Farms CEO Michael DeGiglio said in the company's Q4 conference call that this joint venture is on track for an annual production capacity of 75,000 kilograms by the middle of 2019.

Low operating costs will become especially important for marijuana producers when the time comes when supply catches up with demand. Both CannTrust and Village Farms refer to themselves as low-cost producers. Unfortunately, there's not a good way to compare the companies in this category.

CannTrust said in its latest quarterly update that its current cost per gram is CA$0.83. The company thinks that its seed technology innovation could enable it to lower the average cost of growing cannabis to only CA$0.25 per gram. That's an ambitious goal. Village Farms, however, hasn't provided details on its costs per gram.

Connections include partnerships and joint ventures. These relationships are critical for a company to succeed in the marketplace.

CannTrust has three key partners in Canada. The company teamed up with Breakthru Beverage Group, Canada's leading alcoholic beverage distributor, to distribute its recreational cannabis products throughout Canada. CannTrust partnered with National Access Cannabis to have preferred status and shelf space in over 200 retail stores within the next 18 months. In addition, the company joined forces with GreyWolf Animal Health to develop cannabis products for the veterinary market.

Village Farms' most important partner is Emerald Health. The company also formed a joint venture with Nature Crisp for the outdoor cultivation of hemp and extraction of cannabidiol (CBD) from hemp in multiple U.S. states. Nature Crisp is owned by Jennings Group, which has significant experience in agricultural crops including hemp.

The Canadian marijuana market, especially the adult-use recreational market, is the primary focus for both CannTrust and Village Farms right now. However, international markets will become increasingly important.

Village Farms sells its noncannabis greenhouse produce in the U.S. and Mexico. The company's main international focus for cannabis is its U.S. hemp CBD joint venture with Nature Crisp.

Running a fast-growing cannabis business and expanding into international markets requires a lot of cash.

However, Village Farms recently announced a bought-deal financing transaction raise another CA$20 million (US$15 million). CannTrust also filed with regulators in March to issue up to CA$700 million in debt securities, warrants, subscription receipts, units or common shares over the next 25 months to generate additional capital.

I think CannTrust has the edge in four of our five "Cs" -- costs, connections, countries, and cash position. And by the end of next year, the company is likely to have an advantage in capacity as well.

My view is that CannTrust is the better choice between these two marijuana stocks. I especially like the company's positioning as a low-cost producer. CannTrust could face problems if marijuana markets don't grow as quickly as expected, but I like the overall chances for the stock.