No matter how hot the market might get, there always seem to be cold stocks. Equities are generally rallying, but there were still 150 stocks hitting fresh lows last week across all of three of the country's major exchanges.

Weight Watchers (WW -2.81%), Grubhub (GRUB), and BitAuto (BITA) all hit 52-week lows last week. Let's dive into why these three former highfliers are falling out of favor with investors.

One of the market's hottest stocks in 2017 and through the first half of 2018 -- up a mind-blowing 783% through those 18 months -- has been one of Wall Street's biggest losers ever since. Weight Watchers stock has plummeted 83% since peaking in June of last year.

It's easy to see what lit a fuse under the provider of weight management solutions a little more than two years ago. Oprah Winfrey stepped up as spokesperson in late 2016, taking a small stake in Weight Watchers in the process. The magic of the so-called "Oprah effect" didn't last. After six consecutive quarters of double-digit percentage growth in revenue, Weight Watchers' top line slipped into the single digits last time out. Growth has decelerated for three straight quarters, and things will only get worse in the short run. Analysts see a double-digit percentage decline in revenue and memberships for the quarter that ended last month.

Subscribers peaked at 4.6 million during the first quarter of last year, and Winfrey's pared-back promotional presence finds just 3.9 million folks leaning on Weight Watchers at the start of the this year. Sometimes even the ultimate tastemaker behind your product isn't enough.

The fast-growing provider of online takeout and delivery orders has seen its stock shed more than half of its value -- down 56% -- since peaking in September. Grubhub stumbled in the fourth quarter of last year, as revenue and earnings fell short of Wall Street targets. It also doesn't help that Grubhub is losing market share in this growing niche, and that margins may be pinched in the near term at least as it invests in promotional activity, logistics, and likely more acquisitions.

The competition is as hungry as some of its customers. Rival DoorDash recently raised money valuing it at $7.1 billion, paving the way for a likely IPO later this year that will make it even easier to raise financing. Last week's Uber S-1 filing showed how large the Uber Eats business has become for the ridesharing leader. 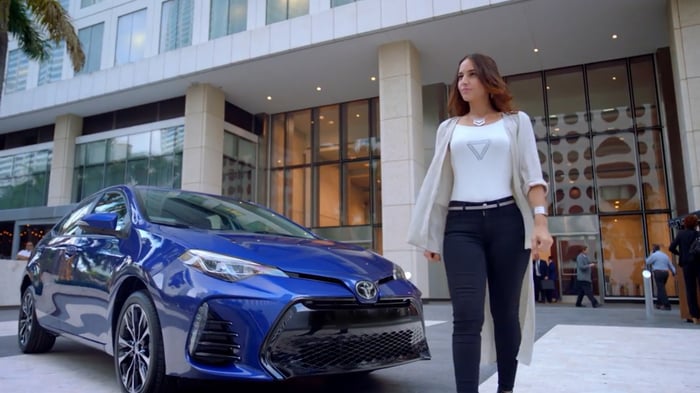 Most Chinese growth stocks have bounced back in 2019 after a crushing second half of 2018, but BitAuto appears to be stuck on top of concrete blocks. The provider of online content, marketing, and financial services is a casualty of China's struggling auto market.

Growth is slowing at BitAuto, but it's gaining share in China's auto market. Last month's guidance expects revenue for the first quarter of this year to decelerate to a 14% to 16% increase, BitAuto's weakest uptick as a public company since its 2010 IPO. The stock may be unpopular right now, but growing its top line in the mid-teens is still double-digit growth. Being out of favor doesn't have to be permanent.