Please ensure Javascript is enabled for purposes of website accessibility
Log In Help Join The Motley Fool
Free Article Join Over 1 Million Premium Members And Get More In-Depth Stock Guidance and Research
By Rick Munarriz – Apr 30, 2018 at 9:35AM

Baozun, Shopify, and Weight Watchers have more than tripled in the last 16 months. Let's see how they got here and where they're going.

Stocks are essentially back to where they were when the year began, but don't let the recent retreat in share prices scare you away. The S&P 500 has still risen 19% since the last part of 2017, and there are many stocks that have performed even better. 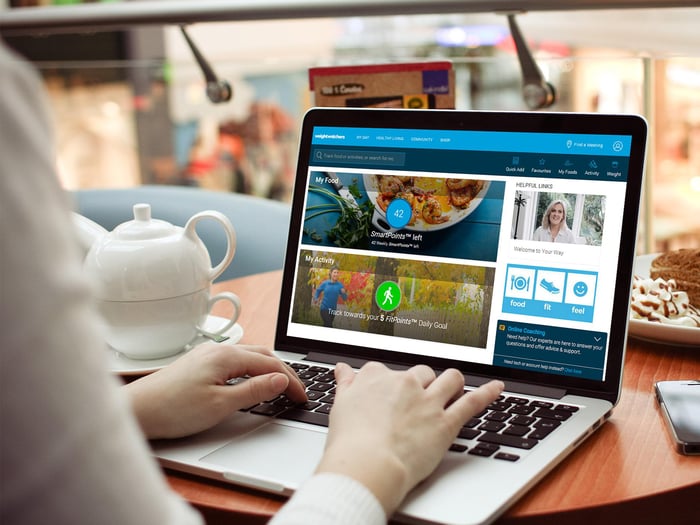 Shopify finds itself barely qualifying for this column, kicking off the trading week exactly three times higher than it was when 2017 began. It won't stay that way. The fast-growing e-commerce platform reports fresh financial results on Tuesday morning, and the stock will be on the move higher or lower tomorrow.

Shopify's offerings keep gaining momentum. More than 600,000 merchants are leaning on Shopify to help them easily sell online, giving them intuitive tools to sell their wares across various online platforms. This isn't too shabby for a German-born Canadian who just wanted a better way to sell snowboards, causing him to reinvent a revolutionary platform to level the playing field for entrepreneurs.

Revenue soared 71% in its previous quarter, and the market isn't holding out for a repeat performance. Analysts see revenue growth decelerating to a 59% clip in Tuesday morning's report.

Some investors call Baozun the Shopify of China, but that's not fair to either company. Baozun may also be a fast-growing provider of internet commerce tools, but it specializes in global brands that want some more skin in the world's most populous nation. Baozun's Rolodex isn't as thick as Shopify's client count, but its customers tend to be big household names.

Earnings more than doubled in its most recent quarter, though revenue growth of 23% came in a bit light. Big brands keep coming to Baozun. It has seen its count of the global brands it assists online in China nearly triple to 152 over the past five years. Its goal in 2018 is to beef up its tech tools and dig deeper into some mid-sized companies to take advantage of its scalable technology.

Never underestimate the power of Oprah Winfrey. Her presence alone wasn't enough to save A Wrinkle In Time from being a disappointment at the box office, but her move to acquire a small piece of Weight Watchers and step up as its spokesperson in 2016 has paid off in a major way. The provider of weight management support and solutions has seen its shares soar more than sixfold since the beginning of last year.

Winfrey's arrival has not so surprisingly coincided with a return to growth for Weight Watchers. It has seen year-over-year revenue growth accelerate for eight consecutive quarters, and the 16.9% gain it posted in its most recent quarter is its headiest growth since 2011. The Weight Watchers brand has been reinvigorated, and its aggressive long-term goal of scoring revenue of $2 billion -- nearly double the $1.16 billion it scored four years earlier -- doesn't sound so unrealistic anymore.