Apple (NASDAQ:AAPL) made one thing clear at its big launch event a few weeks ago. The tech giant is staking its future growth on services.

The company is best known for making sleek devices like the iPhone, iPad, and Mac, and those device sales make up the bulk of its business. But the gadget maker is now seeing most of its revenue growth come from services like the App Store, Apple Music, Apple Pay, Apple Care, and related offerings. That means the success of its services strategy -- adding new verticals like Apple News+, Apple Arcade, and Apple TV+ -- is of the utmost importance. With iPhone sales now declining, concerns are rampant that the flagship smartphone has reached a saturation point thanks to longer upgrade cycles and Chinese consumers turning to cheaper phones made by manufacturers like Huawei.

On the back of those concerns comes a new one.

According to a recent Morgan Stanley report, App Store downloads year over year declined in Apple's second quarter (January-March 2019) for the first time since it started reporting such data at the start of 2015. 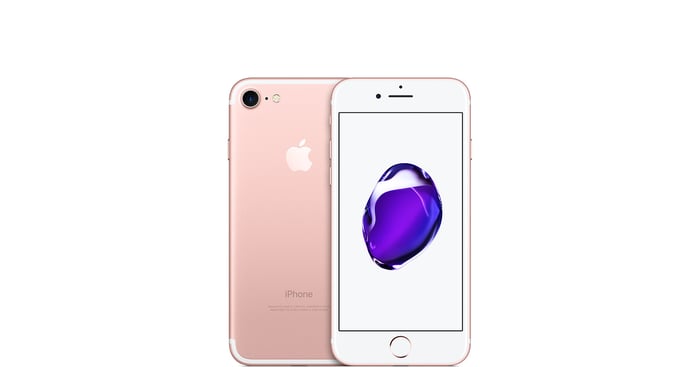 An app sore for the App Store

The investment bank found that Apple app store downloads fell by 5% in the quarter. Importantly, app store revenue continued to move higher, increasing 15% to $3.7 billion, according to data from Sensor Tower. The average spent per download rose 21%, driven by gaming spending, especially in China.

Still, declining downloads should be concerning, as revenue is ultimately tied to downloads, and a decline in new app usage would seem to portend a future slowdown in revenue growth (or even a downturn). There's a limit to how much individual iOS users will spend on the apps they're using, so it would be easier for the company to drive App Store revenue growth by increasing iPhone sales and downloads.

Morgan Stanley's report suggested the culprit may be the decision by two of the world's most popular streaming services, Netflix (NASDAQ:NFLX) and Spotify (NYSE:SPOT), to move away from in-app billing. Apple's commission of up to 30% on those billings could quickly add up.

In addition to the money Netflix and Spotify can save by not paying the "Apple toll," the two companies may have also been motivated by Apple's launching of competing products like Apple Music and now Apple TV+, which is expected to include $1 billion in spending on original content.

Prior to its decision to suspend in-app billing, Netflix was the top-grossing app in the App Store, according to Sensor Tower. The video streamer's app generated $243.7 million in revenue in the third quarter of 2018, up 90% from the year before.

What's next for Apple

Apple's decision to move more aggressively into services could prompt more App Store partners to follow Netflix and Spotify away from in-app billing. For instance, four of the top five free apps in the App Store today represent paid streaming services. Those are HBO Now, YouTube (which has the subscription-based YouTube Red), Hulu, and HBO Go.

Notably, HBO and Hulu will both be available on Apple TV+, indicating a willingness on their part to work with Apple. However, if app billings get large enough for either company, they could follow Netflix's example and force new subscribers to sign up directly through their websites so they don't have to share revenue with Apple.

After Netflix, other top-grossing apps include Tinder, YouTube, Pandora, and Hulu, as well as several Chinese apps. Though it's easier for some companies to move away from in-app purchases than others (games, for instance, are more dependent on charging users while they're playing), the decline in downloads deserves attention from Apple and its investors. More defections could threaten subscription revenue streams.

As Apple moves to compete more directly against its top-grossing apps with portals like News+, Arcade, and TV+, it risks driving away some of the partners that have made the App Store so successful. With the launch of News+ and the upcoming rollout of Arcade and TV+, now should be the time for Apple's services segment to shine.

Will it? We'll found out more when the company reports second-quarter earnings on April 30.