Two big problems the companies can solve better, together.

Everyone seems to want a piece of your TV time, including Apple (AAPL 2.54%). Will its efforts resonate? Here's what we know about the company's recently unveiled Apple TV+ service as of this writing:

Really, there are only two things we don't know: when Apple TV+ will launch officially ("this fall" is the date we have as of today), and what a subscription will cost. I think Apple CEO Tim Cook is better off never answering those questions and instead writing a check for $10 billion to $15 billion to buy Roku outright and remake Apple TV+ as the Roku Channel. Here's why.

You may have heard that Apple TV+ won't get Netflix (NFLX 2.17%) because the streaming king doesn't want to give Apple — or anyone else — access to its data, and Apple TV+ content is to be run through Apple's servers. Were Netflix to cave, it would mean giving the iEmpire unfettered -- and invaluable -- access to millions of terabytes of data about its customers' viewing habits. 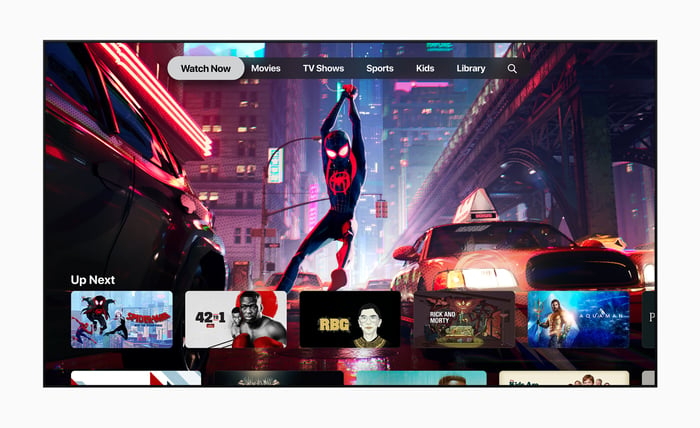 Spider-Man: Into the Spider-Verse is set to be one of many options for Apple TV+ viewers. Image source: Apple.

Now imagine Apple acquiring Roku and making Apple TV+ with its original content a featured channel and selling access as part of the hardware bundle. ("Buy an Apple Roku player and get both Apple TV+ and the Roku Channel, free," they might say.) Netflix, which has long been available through Roku, could remain on the platform without streaming its data through Apple servers. Everyone wins.

Taking the 'hard' out of streaming hardware

Even better, Apple would be putting its service out in the wild — i.e., unbundling the service from the device — just as Roku is getting traction for being the most widely used TV operating system, with a 37% share of the streaming player market, according to a recent Parks Associates survey. Apple could leverage that installed base to bring its content to more people, faster, than it ever could building from scratch.

There's also the data. So what if Apple couldn't touch Netflix? Buying Roku would still provide access to the viewing habits of millions who watch Roku TV and Roku TV ads. Not just what sorts of ads, but where those ads are viewed: on TV, on a computer, on a mobile device, etc. All that context can help shape and inform how Apple builds its next iPhones and iPads for TV-watching consumers. 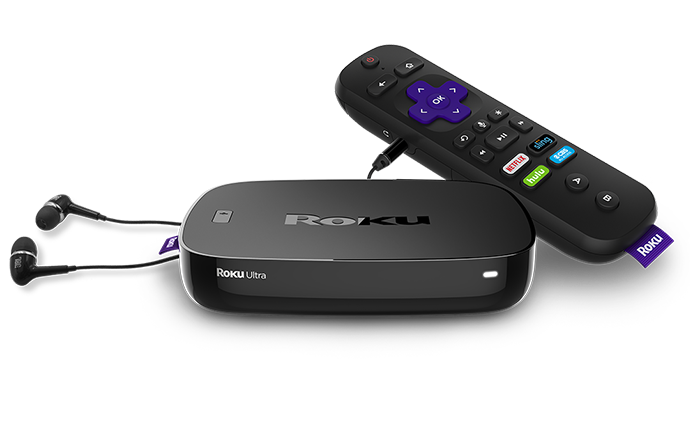 Roku, for its part, has done a masterful job building an audience — streaming hours jumped 69% in the fourth quarter — but still suffers from low margins on device sales.

"You should expect us to manage the player gross margin to low single-digits margins in 2019," Chief Financial Officer Steve Louden said during the Q4 conference call with analysts. "We remind you that we are not optimizing for player gross profit given our focus on account growth. And our strategy of trading player margin for account growth and platform revenue growth is working well."

Translation: Roku is going to make its margins on subscriptions and advertising, but not on sales of its lineup of streaming video players. Apple's experience building hardware at scale could help squeeze more from each player while the two work on building the world's largest and most consumer-friendly digital entertainment ecosystem -- one that's also built for high-performance advertising.

What would that mean for competitors? Netflix would have a big decision to make, since it remains the most-streamed app on Roku and relies on the device for a significant amount of eyeballs every month. Amazon may be threatened by Apple's sudden scale, and Alphabet could be left searching for scraps in the market for TV ad inventory.

Or not. The choice here is Apple's: Stay with a "maybe someday" strategy that leaves fans wondering what to think, or excite some (but maybe not all) of the base with a broad new offering that includes the best work of a fast-growing and imaginative industry pioneer. As a longtime Apple shareholder, I'd prefer the latter.