Shares of McDermott International (NYSE:MDR) jumped 11% on Tuesday morning after the energy and construction firm said that the first stage of the Cameron liquid natural gas project in Louisiana is finally ready for commissioning after a series of cost overruns.

McDermott and joint venture partner Chiyoda in February disclosed that they had experienced some cost overruns on the Cameron project that resulted in McDermott's taking a $168 million charge in the fourth quarter. McDermott and Chiyoda had received an initial award in 2014 to provide the engineering, procurement, and construction services for the project. 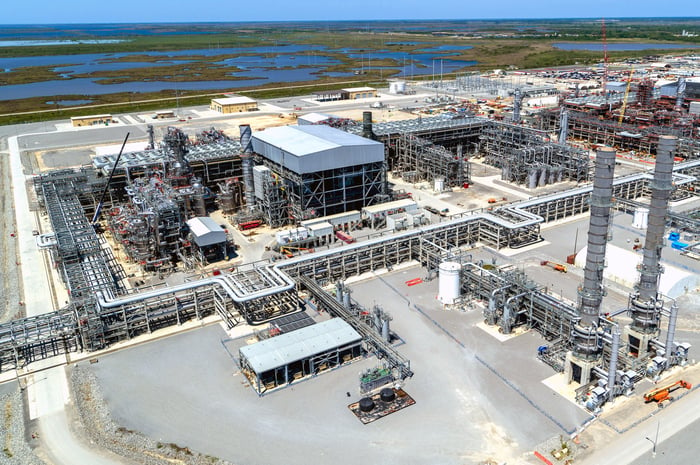 The issues continued a disturbing pattern of overruns that has plagued the company in recent quarters. McDermott in November said it was recording $744 million in charges relating to a number of projects not performing to expectations.

McDermott said late Monday that "Train 1" of the project is ready for commissioning, including the introduction of pipeline feed gas into the liquefaction export facility. Once Train 1 is operational, Cameron will be able to produce 4 million metric tons per annum of liquid natural gas.

Eventually Cameron is expected to include three trains with a total projected export capacity of 12 million metric tons per annum, or about 1.7 billion cubic feet per day.

McDermott has a lot on its plate, including managing Cameron and other troubled projects and integrating Chicago Bridge & Iron, which it acquired in December 2017. Hitting a big milestone in Louisiana should help to ease some of the pressure McDermott is facing, but questions will likely loom over the shares until McDermott can show its troubles are behind it.

Thanks to the Chicago Bridge & Iron acquisition, McDermott has a portfolio that should make it a powerhouse in the energy construction business, but investors should be braced for volatility until Cameron's problems and other ongoing issues roll off over the next 18 months.