These things should improve the odds that the game will succeed in the market.

Electronic Arts (EA -1.48%) is one of the world's top game publishers, responsible for developing and marketing some of the most popular gaming franchises in the world. Although the company has been facing some recent challenges, such as the underperformance of Battlefield V and the failure of some of its mobile game offerings to gain traction, the company still generates a significant amount of revenue and profit for its shareholders.

One savvy move that EA made back in late 2017 was to acquire Respawn Entertainment, the company responsible for developing the hit Titanfall series as well as the now wildly popular Apex Legends battle royale game. Respawn recently unveiled that it's developing a game based on the popular Star Wars universe, called Star Wars Jedi: Fallen Order. 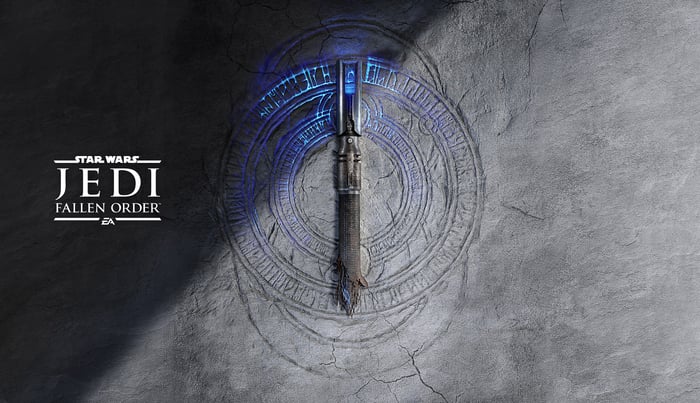 Given the popularity of the Star Wars franchise, Respawn Entertainment's track record, and the fairly unique nature of the game (it's a single-player adventure in a market that's crowded with multi-player titles), Star Wars Jedi: Fallen Order could prove to be a massive success for Respawn Entertainment and, ultimately, EA.

Of course, game development is a tough and risky business, with many potential points of failure. Recently, though, there have been a number of announcements around Star Wars Jedi: Fallen Order that give me confidence that the title will be a success. Let's take a closer look.

EA's DICE studio develops a game engine called Frostbite. EA has made it clear that it wants its various studios to use Frostbite as part of its "one-team strategy" and that "through the sharing of technology between studios we are creating a shared language for EA developers."

While Frostbite is an incredible suite of tools and technologies, it's not necessarily the best engine for every type of game. In a recent Kotaku piece, developers at BioWare -- the studio that developed the ill-fated Anthem as well as the various Mass Effect and Dragon Age games -- voiced their displeasure with being forced to use the Frostbite engine to build Anthem.

"Using Frostbite to build an online-only action game, which BioWare had never done before, led to a host of new problems for BioWare's designers, artists, and programmers," the Kotaku piece reads.

It's not that Frostbite is bad -- clearly, it's been used to great effect in titles for which it is best suited, such as the Battlefield series of games -- but apparently, for some types of games it's clearly not the right tool set.

So, what does this have to do with Star Wars Jedi: Fallen Order? Well, it turns out that EA didn't force Respawn Entertainment to use Frostbite for that title. Instead, the studio is using Unreal Engine 4 to build the game.

Unreal Engine 4, developed by Epic Games, is a general purpose game engine by design. For this product to be attractive to a wide range of developers, it needs to have the tools and functionality in place to support a breadth of game types, including first-person shooters, role-playing games, third-person action games, and even a whole host of indie games that are developed using the engine.

It's great that EA allowed Respawn Entertainment to use the game engine of its choice for the title; I think that this should make it easier for the latter to build the game that it wants to without having to -- as the developers at BioWare were reportedly forced to -- try to fit a proverbial round peg into a square hole.

2. No microtransactions, no loot boxes

It has become increasingly common for game developers to include both "microtransactions" as well as "loot boxes" in their games.

Microtransactions, through which publishers sell customers digital goods like new player skins, weapons, and so on, are prominent in free-to-play games and are even present in full-price titles. Some games even incorporate loot boxes, which, as explained so eloquently over on Tom's Guide, "are digital grab bags that players have to spend real or in-game currency on, and the trick is that you never know what's inside."

It's not hard to understand why game publishers love the idea of microtransactions -- it's a way for them to further monetize their customer bases. After all, getting paid $60 up front for a game is nice, but extracting additional revenue from those customers after getting their $60 is even better.

Nevertheless, many gamers find microtransactions and loot boxes frustrating. That's why it's interesting that Star Wars Jedi: Fallen Order won't have them and, according to the company, they won't be added into the game at a later date. While this move could reduce the theoretical peak amount of revenue that the company could generate from the game, this could, in practice, make the game more desirable to prospective customers, leading to better sales at full price (games tend to be discounted over time) and a customer base that's generally happier with EA and Respawn Entertainment.