Some investors are drawn to lower-priced stocks, with the idea that they'll own more shares for less money. That's one reason penny stocks hold allure for some investors. However, the price of a stock matters far less than whether the company's business model has a track record of success.

But if you're looking to stay under $20 a share, these three Motley Fool contributors believe you should check out Control4 (NASDAQ:CTRL), Regions Financial (NYSE:RF), and Coty (NYSE:COTY).

A smart play for the smart home

Daniel Miller (Control4): One stock flying under the radar as a long-term play for the future of smart homes is Control4. The company is a leading global provider of automation and networking systems for homes and businesses that can consolidate hundreds of smart-home products and platforms -- anything from music and video to security and communications. After a rocky 2018, the company is now trading under $20. 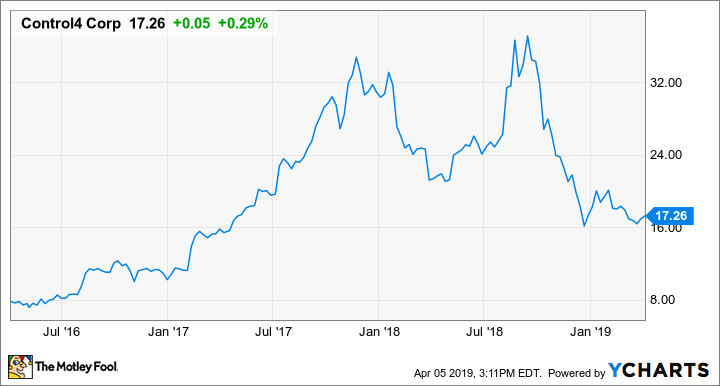 What catalysts make Control4 an intriguing stock? Well, there's plenty of room for growth in the U.S., with management estimating its current market penetration at about 1.6%, and its certified showroom program should help drive interest and sales leads. There are 200 certified showrooms, with about 30 more coming online in the first half of 2019, enabling more consumers to see the vast number of products and solutions in an environment built to impress and wow them. The showrooms should increase traffic, increase sales leads, improve lead conversions, and build a referral network for future sales.

Beyond the U.S. remains a tantalizing global opportunity that's just getting started. In early February, Control4 announced an expansion into New Zealand, Switzerland, and Ireland. The expansion into Switzerland went hand in hand with the company's acquisition of NEEO, known for the industry-acclaimed NEEO remote control, and further established its engineering and footprint in Europe.

Control4 is currently trading lower than $20 per share, with a price-to-earnings ratio of 10, and it's far below its 52-week high of $37 per share. If the showrooms generate more interest and sales leads as the U.S. slowly increases the number of smart homes needing comprehensive solutions, and the company expands internationally, then the future remains lucrative for investors.

Jordan Wathen (Regions Financial): Regions Financial is an outlier, in that it generates the bulk of its deposits from individuals' small-dollar accounts but makes most of its loans to business and commercial customers. In that sense, it looks more like a massive community bank than a run-of-the-mill regional bank. 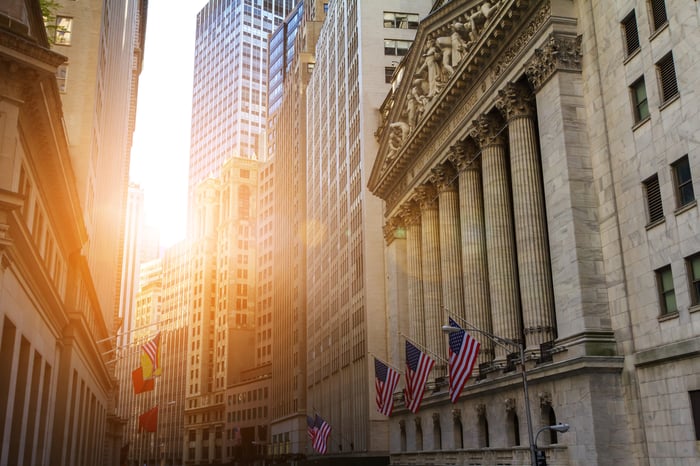 Regions Financial has done well to court retail customers, even though it doesn't offer the highest interest rates. The bank notes that since the Federal Reserve's first post-crisis rate increase, its funding costs have increased only 22% as much as the federal funds rate. As a result, loan yields have increased faster than deposit costs, resulting in larger margin and increased profit.

The downside to Regions' deposit-gathering strategy is that it results in higher-than-average operating costs. The bank's efficiency ratio only recently fell below 60%, as it operates a massive network of roughly 1,400 full-service branches, from which it has collected about $93 billion in total deposits. Over time, one would expect that Regions could slowly whittle away at its branch count to eliminate expenses, which should drive increases in bottom-line profitability.

Trading for just under $16 per share, this bank trades relatively cheaply, at roughly 10 times earnings and 1.7 times tangible book value.

Jeremy Bowman (Coty): Cosmetics giant Coty has been mostly a disaster for shareholders in recent years. Over the past three years, the stock is down 60%, as its acquisition of Cover Girl and 42 other brands from Procter & Gamble hasn't delivered the desired results.

However, there are now signs that Coty is making comeback. First, the company is under new management, with Pierre Laubies having taken over as CEO in November. Laubies had previously served as CEO of the global coffee company Jacobs Douwe Egberts, and he brought in a new leadership team in January. That attracted attention from JAB Holdings -- the giant holding company whose big names include Krispy Kreme and Panera Bread -- which sought to take a majority stake in the company with a tender offer for 150 million shares at $11.65. Coty's board agreed to support the move, which should help give the stock a bump from the $11.28 where it trades at the time of this writing.

Meanwhile, the company looks set to put a disappointing start to the year behind it after supply-chain woes marred its first-quarter report. Organic sales moved slightly higher in the second quarter. Its luxury segment, where organic sales rose 11% in the most recent quarter, has also been a bright spot. So if Laubies can fix the consumer beauty business, the stock could have significant upside, considering how far it's fallen.

In the meantime, investors can sit back and collect a 4.4% dividend yield. Performance should improve in the second half of the fiscal year, as management called for a profit trend recovery in its most recent quarterly report and the damage from the supply-chain disruption passes. While Coty stock remains risky, the upside potential makes it worth considering.