SINA (NASDAQ:SINA) recently announced that it would voluntarily pull two of its mobile apps, SINA News and SINA Blog, from China's app stores in response to complaints from regulators. It also stated that it would suspend its desktop-based SINA Blog platform.

In a WeChat post, China's Central Cyberspace Affairs Commission claimed that the platforms were being used to spread fake news and pornography. SINA stated that the services would remain offline for a month as it tightened its censorship standards. 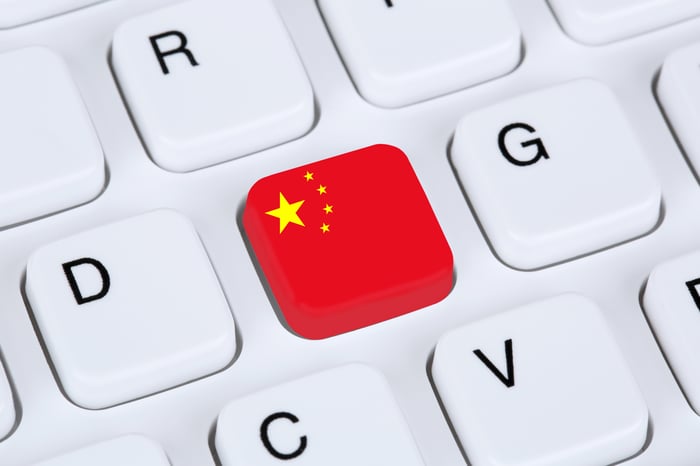 The announcement caused SINA's shares to tumble in pre-market trading on April 17, but the stock finished the day in the green after investors digested the news. Let's see how the temporary suspension of SINA's services could impact its growth.

SINA generates most of its revenue from the micro-blogging platform Weibo (NASDAQ:WB), which it spun off in 2014. SINA retains a major equity stake and a majority voting stake Weibo.

The rest of SINA's revenue comes from its older portal business, which hosts its namesake news portals, blogging network, and a fledgling fintech business. Here's how those two businesses fared last year.

Weibo, which finished the year with 462 million monthly active users, clearly matters more to SINA than its older portal business. The recent suspension doesn't impact Weibo at all. Instead, it takes aim at the older portal unit, which was already a dead weight on SINA's growth.

SINA's portal ad revenue, which accounted for 72% of the unit's sales in 2018, fell 9% during the year as small to mid-sized customers in more tightly regulated industries (like fintech services and online gaming) spent less money on ads. The portal business' "other" revenue also fell 9% as the government tightened its regulations on smaller fintech companies.

Investors already had low expectations for SINA's portal business, but the suspension should cause an even steeper decline in its portal ad revenue this quarter. The suspension of its flagship news app is also troubling, since it faces tough competition from rival apps like ByteDance's Jinri Toutiao, which has over 120 million daily active users. 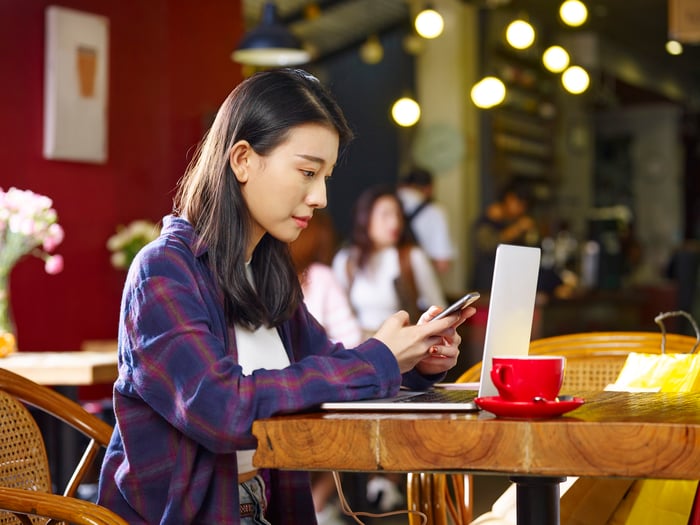 The price of doing business

However, Weibo's growth could offset the portal unit's declines. The end of the nine-month freeze on new gaming approvals should also bring in fresh gaming ad revenue for both Weibo and SINA.

Investors should also recall that Jinri Toutiao, Phoenix News, NetEase (NASDAQ:NTES) News, Tencent's (OTC:TCEHY) Tiantian Kuaibao, and other news apps were all temporarily suspended in earlier regulatory sweeps. SINA and Weibo were both targeted in crackdowns on political topics and pornography over the past decade, but the services always returned after complying with government demands.

Therefore, losses from temporary suspensions might simply be considered the price of doing business in China's volatile market for news and social media apps. The Cyberspace Administration of China already removed over 30,000 apps since last December, but it's unlikely that regulators will permanently ban widely used apps like SINA's News app or Weibo, since that could spark a public backlash.

Instead, regulators will likely tighten their censorship rules and repeatedly push the platforms to censor their own content. SINA, Weibo, Tencent, ByteDance, and other companies all significantly increased their number of censors (with some companies even outsourcing the task) to comply with government demands in recent years.

In the past, I argued that SINA was a better investment than Weibo because it traded at cheaper valuations. However, Weibo now trades at 19 times forward earnings, compared to SINA's forward P/E of 15.

Weibo still trades at a slight premium to SINA, but it generates much stronger growth and isn't weighed down by an aging legacy business. SINA's latest problems, while temporary, also suggest that investors should stick with Weibo for now.