The House of Mouse won't be the only one benefiting from the debut of its streaming service.

When Disney (DIS 1.50%) announced the details regarding its upcoming video streaming service, investors cheered, sending the stock up more than 11% in the wake of its announcement last week. The service, which the company dubbed Disney+, will debut on Nov. 12 for a monthly subscription cost of $6.99 (or $69.99 for an annual membership).

The service will launch with more than 100 recent and 400 classic movies, as well as 7,500 television episodes, which will come from across Disney's broad movie empire, including Marvel, Pixar, Lucasfilm, and Disney Studios. It will also host programming from the Disney Channel, National Geographic, and Fox. This will be augmented by 25 original series and 10 original movies developed exclusively for the platform.

It's easy to see why Disney investors were excited about the announcement, but they're not the only ones who stand to benefit from the forthcoming service. Disney+ will launch on a host of devices. Image source: Disney.

In order to achieve the broadest possible audience, Disney revealed that its streaming service would be available on a multitude of devices including laptops, mobile devices, gaming consoles, and connected TVs. The House of Mouse has confirmed that Disney+ will be accessible on Apple TV, PlayStation 4, and the Roku Channel, with more partners to come. This is a deal that has big implications for Roku (ROKU 1.00%) and one that its investors should be particularly excited about.

Needham analyst Laura Martin believes that the arrival of Disney+ this fall could benefit Roku in a number of ways. Roku should get a cut of each of the new Disney subscribers it helps to attract, as well as driving additional ad spending on the platform. This could bring in as much as $135 million in additional revenue for Roku next year.

To put that into perspective, Roku generated about $417 million in revenue last year, so this could mean an increase of nearly 33%. That could be even higher by 2024, potentially producing as much as $187 million in additional revenue. In all, the Disney+ launch could add as much as $1 billion to Roku's valuation, according to Martin. 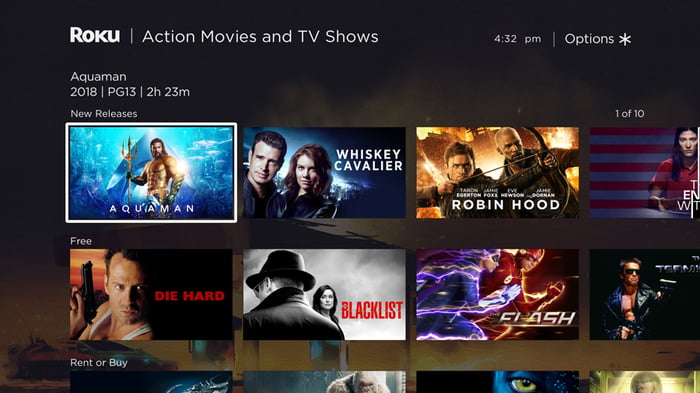 One of the most important drivers for Roku's success in recent years has been its decision to focus more on its platform. The company introduced the Roku Channel, which offers more than 10,000 free, ad-supported television episodes, movies, and digital shorts, in addition to news programs and live sports.

Earlier this year, Roku announced that customers would be able to subscribe to 25 premium services including Showtime, Epix, Starz, and HBO, as well as a number of lesser known channels. Viewers get a 30-day free trial to each service and can access all their entertainment in "one easy-to-navigate interface," according to the company.

Adding the upcoming Disney+ service to the mix could help drive further customer adoption for Roku.

Even before the Disney announcement, Roku was on fire. In the fourth quarter, Roku active accounts grew to 27 million, up 40% year over year, while streaming hours on its platform climbed to 7.3 billion, up a whopping 69%, driving revenue up by 46%. The addition of premium subscriptions was announced in the first quarter, which should help spur additional growth.

Roku has created a dedicated operating system that the company is providing to all comers in the connected TV market, resulting in 1 in every 4 smart TVs in the U.S. being a Roku-powered device. The company has only just begun its international rollout.

A growing installed base of devices and recent moves to add premium subscriptions were smart ways to expand its influence in the streaming space and should provide additional momentum for Roku.

Has Disney Lost Its Magic and Will It Ever Come Back?
363%