Sometimes, the market gives up on businesses that still have some life left in them.

Value investing pioneer Benjamin Graham made his strategy famous by looking for "cigar-butt" investments. Those are businesses that Wall Street had given up for dead, but that, under careful review, looked like they had at least one more puff of life in them.

True cigar-butt investments are harder to find these days than they were in Graham's era, but every once in a while, the market still serves up companies that look like they could be incredible bargains. We asked three of our contributors to search for stocks that look like Wall Street had given up on them by mistake. They came back with Cypress Semiconductor (CY), General Motors (GM 3.07%), and Mednax (MD 0.88%). Read on to determine for yourself whether they've still got enough life in them to be worthy of your investment dollars. 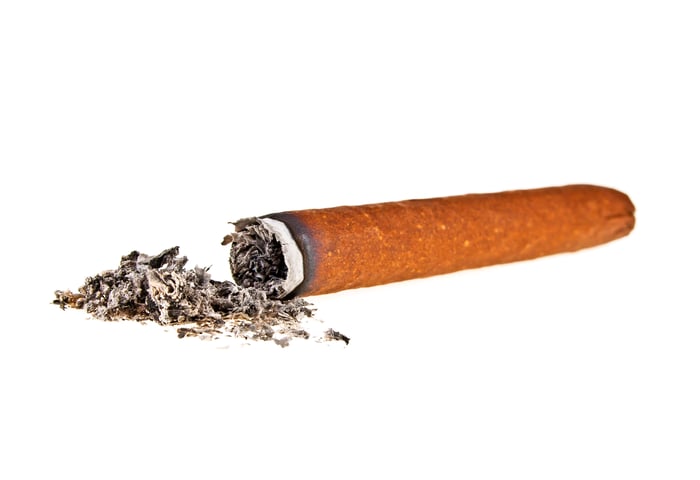 Chips are down, but not out

Nicholas Rossolillo (Cypress Semiconductor): This diversified manufacturer of connectivity and memory chips has rebounded by double-digits after an ugly negative 17% performance in 2018. However, the stock is still off 15% from its multiyear high-water mark set last summer -- even though the business is larger than ever and profitable for the first time in years.

The reason for the drop? Investors were worried about the trade war between the U.S. and China, especially since part of the semiconductor manufacturing process takes place in the world's most populous country. Memory chips are also a notoriously cyclical business, and the trend has been down since the latter half of 2018. Those headwinds are beginning to show up in Cypress' results; first-quarter 2019 sales are expected to be down as much as 11% year over year when the company reports on April 25.

Nevertheless, in spite of the expected revenue shortfall, profitability is still on the rise. Management forecasted the gross profit margin on product sold to be 46% to 46.5%, up from 45.9% a year ago. That's a testament to the company's focus on newer connectivity chips, as well as the decision to offload part of its older and lower-margin memory segment to South Korean peer SK Hynix Systems.

Things could get bumpy in the near term, but the long term outlook is still solid for Cypress. Wall Street seems to agree. Trailing-12-month price to earnings is currently at 17.0, but 12-month forward price to earnings is 13.2 -- implying a big rebound in the bottom line later on in 2019. Along the way, investors also get treated to a 2.9% dividend yield. Thus, giving up on the stock now could be a big mistake.

Daniel Miller (General Motors): There's an industry Wall Street has mostly given up on as sales of new vehicles in the U.S. market plateau, and that's the automotive industry. Thanks to its paltry price-to-earnings ratio of 7 times and a consensus forward price-to-earnings ratio of an even more modest 5.8 times, Wall Street has apparently left General Motors stock on the roadside. But here's why GM is doing well currently, and why Wall Street's pessimism could be short-sighted.

Sure, the current outlook is a bit gloomy as we've reached the peak of this sales cycle. However, despite that fact, GM's most profitable products -- its full-size trucks -- are doing well right now. In fact, GM's larger vehicles in general are selling well, with 80% of first-quarter sales being more profitable trucks, SUVs, and crossovers. That more profitable sales mix is also pushing average transaction prices higher: GM posted its highest average transaction prices (ATPs) for any first quarter in history during the first three months of 2019.

GM's more profitable sales mix is a good thing, to be sure, but long-term investors should be more excited about the work Detroit's largest automaker is doing with autonomous vehicles. GM appears to be a step ahead of its Detroit rivals in developing its first driverless vehicle at scale, which it plans to launch this year. Already, GM announced it would double GM Cruise's employee count by the end of 2019, bringing in a slew of engineering in an attempt to ramp up efforts on self-driving technology. GM Cruise plans to launch a service enabling passengers to hail vehicles for rides around San Francisco later this year, with the end-game target of offering this service across the U.S. in time.

Long-term GM investors likely know the lucrative future of driverless vehicles, assuming GM can carve out its slice of the market in one way or another. IHS Markit estimates over 33 million driverless vehicles will be sold across the globe in 2040, and Intel with Strategy Analytics believes mobility-as-a-service could be a market valued at over $3 trillion annually by 2050. Time will tell if GM can capitalize on this opportunity, but if it can, Wall Street has made a big mistake in ignoring Detroit's largest automaker.

Do you believe doctors are going out of business?

Chuck Saletta (Mednax): There's a lot of talk coming from politicians regarding healthcare reform, and that talk has rattled the stocks of several healthcare companies. Still, there's a long path from the bluster of a candidate on the campaign trail to a legally enacted law of the land. In addition, there's a wide scope of policies available other than "total government control" that would mean healthcare companies would still have some value in them.

In particular, Mednax looks like a medical company that could be well positioned to figure out a successful path forward in many of the potential scenarios. A company that largely provides physician services in fields like obstetrics, pediatrics, anesthetics, and radiology, Mednax doesn't directly play in the pharmaceuticals business. Mednax's physician services operations, in an era of skyrocketing drug prices, is where much of the current ire over rising health costs seems to be focused.

That gives us reason to believe Mednax can find a way to survive in nearly any scenario likely to unfold in the next few years. Still, Wall Street looks like it has given up on the stock, dropping it to new 52-week lows at less than half its 52-week highs. The company now trades at around six times its forward-looking earnings estimates, and analysts are expecting its earnings to grow by a touch more than 9% annualized over the next five years.

Even if it doesn't deliver growth anywhere near that level, Mednax's shares are currently priced for a near-doomsday type scenario. Unless that doomsday actually comes to pass in the near future, the market is making a mistake by giving up on Mednax's shares.