In his earlier days, legendary investor Warren Buffett loved buying what he labeled as cigar-butt businesses: companies in out-of-favor industries that he could pick up on the cheap and extract the last bits of value from them before they went the way of the dodo. Three companies that look like prototypical cigar-butt businesses are, coincidentally, cigarette makers British American Tobacco (NYSE:BTI) and Altria (NYSE:MO), and coal miner Alliance Resource Partners (NASDAQ:ARLP).

All three of these companies are trading at dirt cheap valuations and have incredibly high dividend yields. Anyone who favors this style of investing may be wondering how many puffs are left in these cigars. So let's take a look at how these companies could extract value from these downtrodden industries and if investors can get something from it. 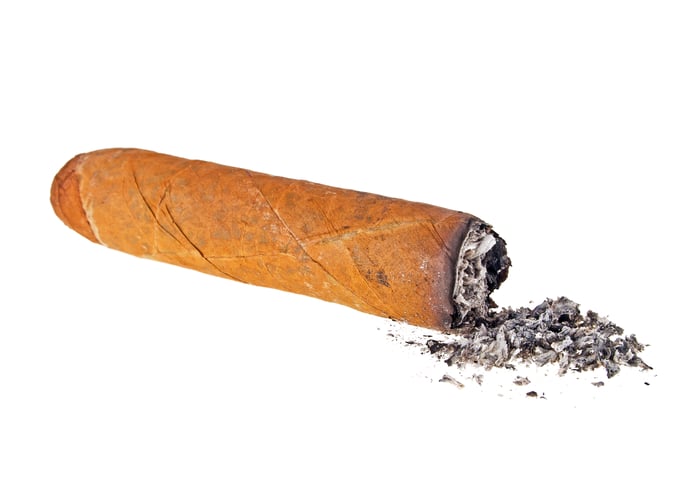 The writing is on the wall for the North American coal industry. Coal-fired power plants have been shuttering, and coal's share of the electricity-generation market has declined from 50% a decade ago to around 30% today. As more of these plants age, this trend will likely continue and coal demand in the U.S. will shrink. This doesn't exactly make for a great backdrop for Alliance Resource Partners, and its stock is priced accordingly. Today, units of Alliance trade at 6.6 times earnings and carry a distribution yield of 10.6%.

With a yield that high, it doesn't exactly take much growth, if any, to generate some form of return. Alliance has a couple of things working in its favor that could help it stem the tide of coal plant closures.

One of its advantages is that it has some of the lowest-cost coal in the industry thanks to the location of its mines. The Illinois/Central coal basin is among the lower-cost coal sources in the U.S., and some market forecasts say that even though total coal consumption will continue to decline, Illinois basin coal production should be flat as other basins bear the brunt of declining demand.

The other advantage: Alliance arguably has the best management team in the business. While other coal miners were spending money like crazy a decade ago to meet growing China demand, Alliance kept its head down and focused on financial discipline and developing its own assets. That conservative approach allowed the company to maintain a payout to investors when so many North American coal miners succumbed to bankruptcy. Now management is making some early investments in oil and gas to transition away from coal. If it can start to replace coal as the only profit center, then it may have a life as coal becomes a shell of its former self. 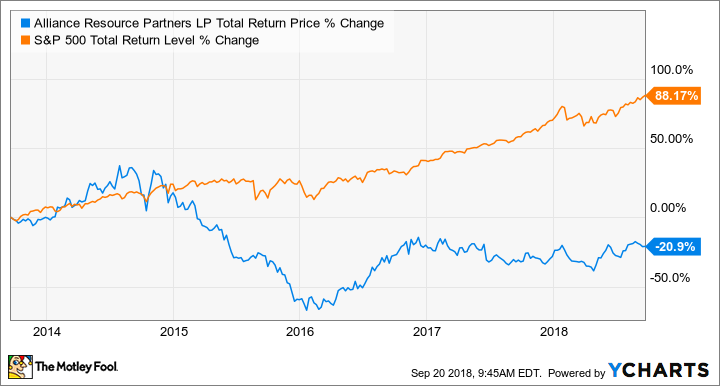 If all you want is to get some large cash dividends for the next couple of years, then you can probably get them from shares of Alliance. In terms of building wealth, though, that's less likely, as its large payout hasn't been enough to offset share-price declines over the past several years.

Pricing power can overshadow a lot of other issues

There's no getting around the fact that cigarette consumption is on the decline. British American Tobacco estimates that total cigarette volumes have declined 2.2% annually over the past decade, and there aren't a lot of signs that this trend will turn around. The decline is even more pronounced in the U.S. where cigarette sales have been on the decline since 1980 and now are 57% less than what they were 38 years ago, according to Statista.

Unlike Alliance and its coal industry peers, which sell a commodity product that trades on a spot market, both Altria and British American Tobacco have significant pricing power through their brands. Being able to raise prices on products that also happen to be addictive can make up for a lot of volume decline. What's perhaps more important to their stock performance is that cigarette margins are incredibly high and generate loads of free cash flow, which both companies have put to use in buying back shares and paying increasing dividends. For the past decade, Altria has increased its dividend by more than 8% annually.

Despite each company's ability to pass on declining volumes through price hikes and the shareholder-friendly approach management has had over the years, the stock prices of these tobacco stocks are trading at relatively low valuations. BAT's earnings valuation is skewed by its 2017 acquisition of Reynolds American, but both stocks currently carry dividend yields above 4.5%. 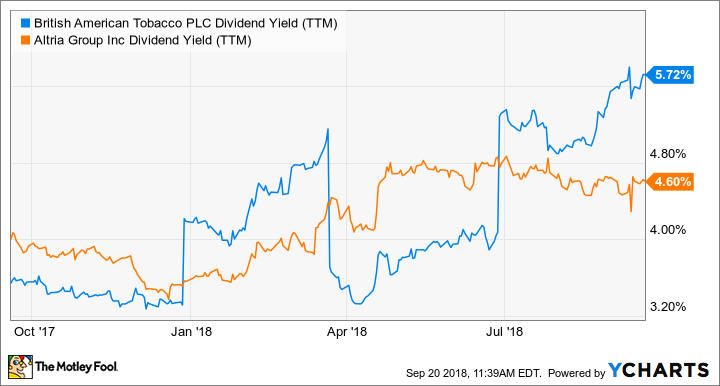 It's hard to imagine cigarettes and other smoking-tobacco products disappear completely. After all, we humans do love our vices. However, the trends of declining cigarette sales are strong enough that both companies are looking to diversify their offerings with a variety of smokeless products. Altria also happens to have a considerable ownership stake in Anheuser-Busch InBev and other investments in alcohol. These are still small portions of the overall portfolio, but they should come in handy when pricing increases can't overcome lower volumes.

For many people, investing in tobacco stocks is a no-go for reasons of conscience. But for those who accept the nature of the business, a closer look at the industry, and these stocks in particular, suggests that there is plenty of room left for these companies to generate returns for some time.