Jamal Carnette, CFA, Rich Duprey, and John Bromels
(tmfjcar)
Author Bio
Inspired by the idea of "making your money work for you" at a young age, mostly because he was a lazy child, Jamal parlayed that inspiration into a love of the psychology of markets, competitive advantages, and thematic investing. He later shrug off that laziness, with a career that included stints as a mortgage trainer, a stockbroker, and a corporate restructuring financial analyst at a Big 4 firm. Jamal graduated from George Mason University with a bachelors of science in finance, American University with a masters in finance, and is a CFA Charterholder.

Investing can often seem complicated, but one concept is so easy even a child could understand: The longer you hold a diversified group of stocks, the greater the probability you'll make money. Investing sage Warren Buffett agrees, famously noting that his favorite holding period is forever.

Still, 50 years is a long time, and not all companies have the embedded competitive advantages to endure. With that in mind, we asked three Motley Fool contributors for three stocks they think are built for multigenerational success. Here's why Berkshire Hathaway (NYSE:BRK.A) (NYSE:BRK.B), Microsoft (NASDAQ:MSFT), and Clorox (NYSE:CLX) were on their lists. 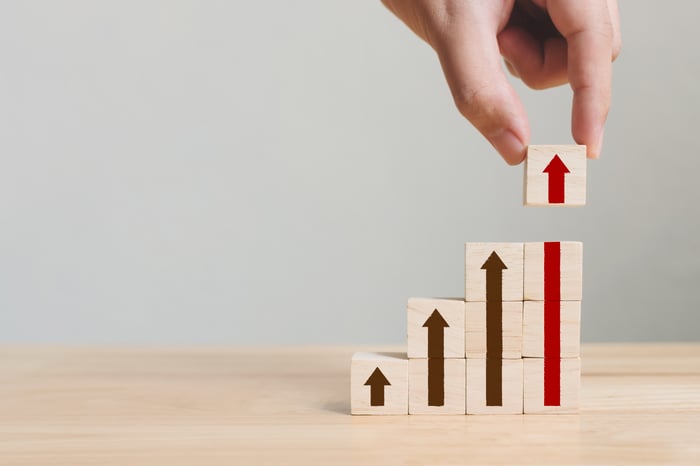 Longevity in more ways than one

John Bromels (Berkshire Hathaway): If you've ever had an interviewer ask where you see yourself in three years, you know how hard it is to make predictions about what the future holds, even for such a short time period. So, how's a poor investor supposed to predict what will happen in 50 years? Well, luckily, nobody's going to lock you into a single stock for that long. But if I had to choose one stock to buy and not touch for five decades, I'd go with a reliable choice: Berkshire Hathaway.

Master investor Warren Buffett's conglomerate has three big advantages for long-term investors. First, it's a very large company, and large companies tend to offer more stability than their smaller cousins. Second, it's incredibly diversified, with holdings in insurance, oil and gas, railroads, and even candy, among many others. That diversity should also help protect investors' money, even if one of those sectors experiences a prolonged slump or collapses entirely. And third, the company spits out boatloads of cash. Specifically, Berkshire today has $112 billion of cash on its books, comprising about one-third of its overall book value.

Some might argue that it's the aging Buffett himself who has been the key to the company's effective deployment of cash, and at 88 years old, he won't be around for the next 50 years (although I certainly wouldn't put it past him!). But Buffett has inspired a new generation of Berkshire asset managers who can be expected to follow his philosophy of buying outstanding companies at fair prices.

For my money, that makes Berkshire one of the safest bets out there to hang on to for the next half-century or two.

Jamal Carnette, CFA (Microsoft): At first glance, it may seem nonsensical to recommend one of the largest companies to be a great stock to own for the next 50 years as Economic Theory 101 dictates large companies will eventually be dethroned by younger and nimbler upstarts.

However, that's not what's happened in the last few decades. In fact, the exact opposite has occurred as industries have become increasingly concentrated. While the reasons are complex -- lax antitrust enforcement vis-a-vis regulatory/governmental capture, merger mania, or simply better and more productive employees -- we now live in a winner-take-all economy, one that benefits large incumbents like Microsoft.

The economy of the future will be heavily automated and robotic, which benefits Microsoft's current OS-based businesses in addition to turbocharging results for its newer cloud-based and artificial intelligence businesses. Then-CEO Steve Ballmer missed the massive technological shift from desktop to mobile and new CEO Nadella is hell-bent not to repeat this mistake as mobile shifts to the age of AI and the Internet of Things. Microsoft is well situated to continue to reward investors with multidecade returns. Cleaning up with shareholder returns

Rich Duprey (Clorox): Best known for its bleach, household products maker Clorox owns a portfolio of brands that consumers know and love: Glad trash bags, Kingsford charcoal, and Pine-Sol and Formula 409 household cleaners, among many others. The value in having such notable name brands is the consistency of sales and profits they provide to the company over time, even though it may go through periods of disquiet.

Clorox's second quarter was a case in point, as it delivered 4% sales growth as earnings per share fell 21% year over year. However, the decline in per-share profits was the result of a big, one-time gain a year ago from tax reform. On a more level field, Clorox beat last year's results.

The consistency has served Clorox well for over 100 years, and it has returned the favor to investors by raising its dividend every year for over 40 years. That puts the household products maker into the elite group of Dividend Aristocrats, or companies that have raised their payouts for 25 years. It also puts it on the path to joining an even more rarefied group, Dividend Kings, which are companies that have hiked their dividends for 50 years or more. Clorox's payout currently yields a healthy 2.5% annually.

Since 1977, when Clorox began raising its payout, the bleach maker has delivered to shareholders total returns exceeding 28,000% compared to just 2,700% for the S&P 500. That makes it a good bet that Clorox will continue to reward investors for the next 50 years.