The beleaguered miner looks like a good value, but what about its risk profile?

Value investors of all shapes and sizes will surely be taking a close look at Brazil's mining giant Vale S.A. ( VALE 5.18% ). The company's prospects are somewhat complicated in 2019, and retail investors should think long and hard before buying into the stock. On that note, let's take a closer look at what you need to know before investing.

Why Vale is attractive to value investors

Mining stocks have traditionally attracted income-seeking investors because of their typically high payouts. Moreover, the company is now trading at a discount to its peer group across a wide range of valuation metrics. This is usually a buying signal because mining companies are usually selling commodities that, by definition, tend to sell at the same price. 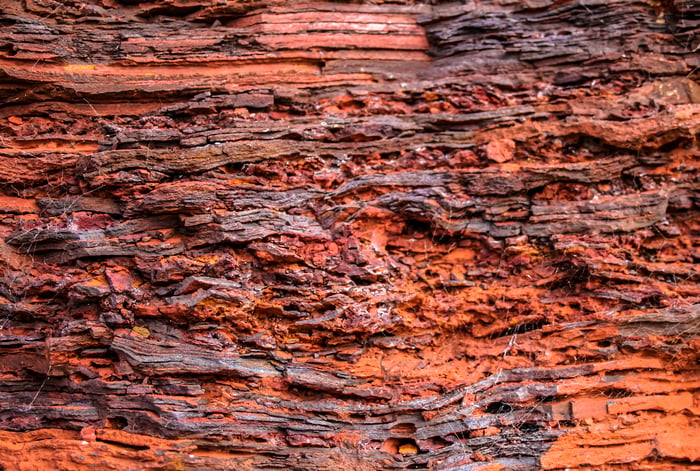 For example, if two copper mining companies are valued against each other, you can use common price assumptions for the value of the mining assets they hold. Of course, there are a host of other factors to consider -- the cost of extraction, the composition of mining assets in a company, tax rates, exchange rates, regulatory requirements, etc. The list goes on, but in general, the stock prices and valuations of the major iron ore producers -- Vale, BHP Group ( BHP 2.42% ), and Rio Tinto ( RIO 1.24% ) -- tend to move in the same direction.

That's the usual situation, but as you can see below, something happened to Vale at the end of January. In this case, you are looking at a chart of price to tangible book value, and you can clearly see that Vale decoupled from Rio Tinto and BHP Group. 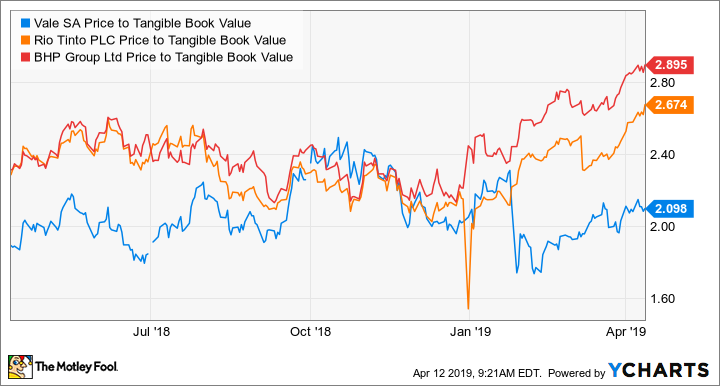 There's no secret to it. Unfortunately, the company was hit by the breach of a dam that caused multiple fatalities and injuries on Jan. 25. The disaster marked the second one in the past five years for Vale, following the Samarco dam disaster near the town of Mariana. The one key difference is that Samarco is a joint venture between Vale and BHP Group.

As noted previously, Vale consequently halted its dividend and suspended share buybacks. The key question now turns to what kind of financial impact Vale is going to suffer as a consequence of the disaster, and this is where it gets murky.

According to reports, Brazilian prosecutors are preparing to file criminal charges against Vale, and have evidence to prove that some employees knew the dam wasn't safe. As such, the risk of prosecution is now likely to hang over the stock for the coming months, and it's very difficult to know what the outcome will be or what extra regulatory requirements, and costs, are likely to be imposed on Vale.

Putting all this together, to buy Vale stock you will have to have a positive opinion on:

Based on the chart above, and using Rio Tinto's valuation as a benchmark, Vale is undervalued by some 27%, equivalent to around $18.7 billion in market cap. As to what kind of impact Vale could face, The Wall Street Journal suggests that it could be up to $7 billion, citing people close to the investigation.

Given that Vale, Rio Tinto, and BHP all trade at high single-digit enterprise value (market cap plus net debt) to earnings before interest and tax, or EBIT, multiples, an earnings hit of $7 billion would be substantially more than $18.7 billion discussed above. In fact, based on this analysis, a financial impact of more than a few billion would not justify buying the stock.

For most retail investors, this is probably a situation worth avoiding. Predicting iron ore prices is hard enough, but unless you have a good knowledge of the likely level of costs and fines that Vale will be subject to, then it will be even harder to take a view on the company. The good news is there are plenty of other stocks to buy out there.