Alphabet (GOOG -1.24%) (GOOGL -1.02%) is set to release first-quarter 2019 results on Monday, April 29. We have a little breathing room and a plethora of other earnings reports to digest in the meantime. But with shares of the parent company of Google up 18% so far this year -- and given the tech giant's market-swaying influence -- investors would do well to collect their thoughts regarding Alphabet's start to the year.

On headline numbers (and handling that hefty AdSense fine)

Though Alphabet does not provide specific financial guidance, Wall Street will focus first on its top- and bottom-line performance. So, for perspective, most analysts will be looking for earnings of $10.58 per share, down from $13.33 in the same year-ago period, on a 19.9% increase in revenue to $37.33 billion.

Note Alphabet's reported (GAAP) earnings will include the negative impact of a whopping EUR 1.5 billion (or $1.7 billion) antitrust fine imposed last month by the European Commission (EC) -- this time over the alleged infringement of European competition law by certain agreements that Google had with its AdSense for Search partners.

With echoes of the way Alphabet accounted for previous (and much larger) EC fines imposed for alleged antitrust violations of Google's comparison-shopping service in 2017, and its Android mobile platform last year, Alphabet will absorb the 10-figure sum as a separate operating expense on its income statement this quarter. 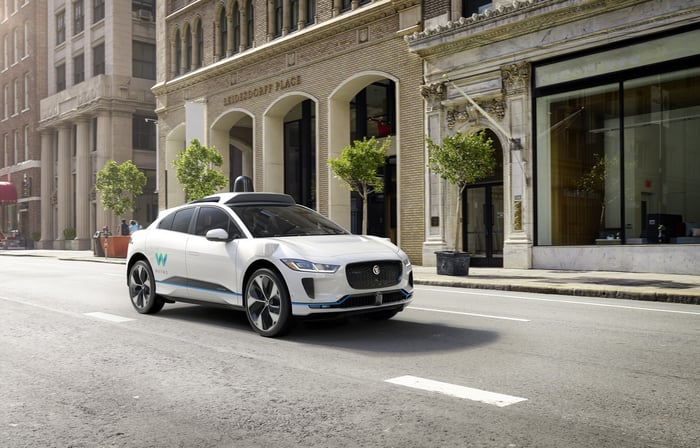 We can safely expect Alphabet will appeal the fine as it has done with previous penalties. But we should listen for any color on its thought process to that end, as well as its plan to appease antitrust regulators in the meantime if its AdSense partner agreements are still considered infringing as they stand.

But more importantly, we should listen for signs of the underlying health of Alphabet's core Google business, which -- with eight products that each boasts at least 1 billion monthly active users, from Search, to Android, YouTube, Gmail, Chrome, Maps, Drive, and the Google Play store -- generates the vast majority of its revenue and all of its operating income each quarter.

Apart from the Cloud and Play products, and "Made by Google" hardware devices (think the Pixel smartphone line, Nest, and Google Home smart speakers) -- where combined revenue grew 31% in the 2018 holiday quarter to $5.6 billion -- the strength of the digital advertising market will be paramount to Alphabet's success. Ad revenue grew nearly 20% in Q4, for example, to $32.6 billion (roughly 83% of total company sales), helped by a 66% increase in paid clicks on Google properties.

Alphabet management regularly reminds investors the best way to view these businesses is with a long-term lens. But, for perspective, last quarter Other Bets saw revenue climb around 17.8% to $154 million, incurring an operating loss of $1.328 billion (vs. Google's operating income of $9.7 billion) along the way.

Again, Alphabet does not offer specific revenue or earnings guidance. But management does typically provide clarity on their strategic focus, expense trends, and investments in innovation to sustain growth going forward.

According to Alphabet CFO Ruth Porat during last quarter's call, for example, operating expenses should "moderate quite significantly" in 2019 as compared to last year -- though shareholders should anticipate Alphabet to continue making investments in data-center expansion and head count (with an emphasis on research and development and machine-learning advancements) to support key growth initiatives.

I suspect we'll hear more of the same when Alphabet chats with investors later this month. But that doesn't mean we won't be playing close attention to the release anyway.