The Google parent company's Q1 earnings are scheduled to be released on Monday, April 29. Here's what to watch and expect.

The parent company of search-engine giant Google is going into its report with solid momentum with respect to beating earnings expectations. Adjusted for one-time items, Alphabet surpassed Wall Street's earnings consensus estimate in all four quarters of last year. In the fourth quarter, revenue grew 21.5% to $39.28 billion and earnings per share (EPS) jumped 31.6% to $12.77. Excluding a $1.3 billion unrealized gain related to a non-marketable debt security, EPS came in at $10.91, exceeding the $10.82 that the Street was looking for.

Alphabet Class A and C shares have risen 15.5% and 15.4%, respectively, over the one-year period through Thursday, April 18. This is a good performance, as the S&P 500, including dividends, is up 9.4% over this period. 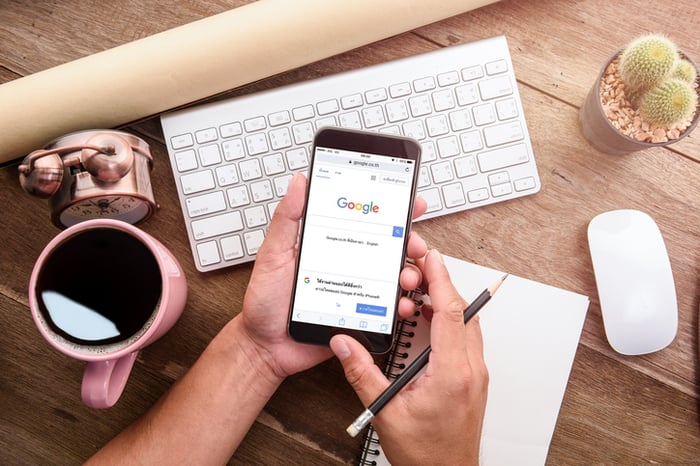 Here are Alphabet's year-ago results and Wall Street's estimates to use as benchmarks. Alphabet does not provide revenue or earnings guidance.

The current quarter's reported earnings will be negatively affected by a 1.5 billion euro (about $1.7 billion) fine imposed by the European Commission in March. The EC alleges that Google engaged in anticompetitive practices related to agreements it had in place with Adsense for Search partners. Investors can expect the company to appeal the ruling, as it has done in similar cases.

The year-ago result includes a contribution of $3.40 per share from Alphabet's adoption of a new accounting standard related to accounting for equity security investments. Excluding that item, EPS were $9.93.

Within Google, revenue breakdown last quarter was as follows:

As has been the case for some time, Google's revenue grew faster than its operating income, but this wasn't unexpected. Management had said on the previous quarter's earnings call that cost of sales would increase in the fourth quarter, driven by higher sales and marketing expenses during the holidays and planned content acquisition costs at YouTube.

Google's ad business accounts for the bulk of Alphabet's total revenue -- about 83% last quarter. However, this percentage should continue to steadily shrink because Google "other revenue" (primarily comprised of Google Cloud, hardware, and Google Play) is rapidly growing and Waymo recently began adding to revenue.

In the ad business, continue to focus on overall growth and traffic acquisition costs (TAC). While Google is still the dominant player in the online ad space, e-commerce behemoth Amazon.com has been making great strides in this realm. Also listen for comments on the earnings call about Cloud and hardware, both of which have become increasingly more important to the company's results in recent years. 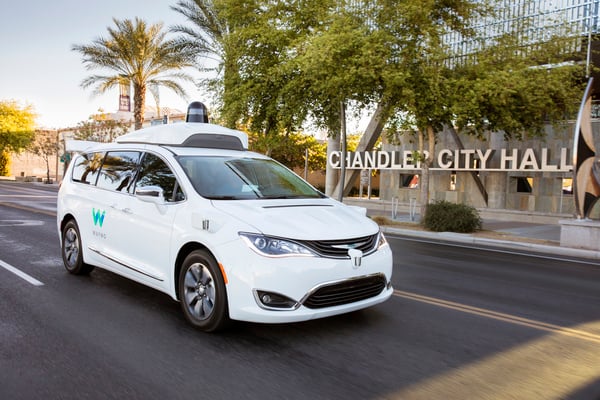 Other bets: Waymo's progress and plans

On the earnings call, management should provide an update on Waymo, specifically with respect to how things are going with its first commercial autonomous ride-hailing service. In December, the company launched Waymo One in Phoenix. This wasn't a full roll-out, as only members of the public who were in the company's Early Rider program were permitted to use the service.

On last quarter's earnings call, CFO Ruth Porat had this to say about Waymo:

And we're focused on expanding both the number of riders and the geographic reach around Phoenix. In addition, we're having conversations with a number of other interested cities. And we are continuing to explore applying our technology for logistics and deliveries and for personal use vehicles and for last mile solutions for cities.

Investors might also get an update on the facility that Waymo is building in Michigan, which it touted in its January press release as "the world's first factory 100% dedicated to the mass production of L4 autonomous vehicles." (A Level 4 vehicle can drive itself, but only within certain geographic limits.) The company and its partner Magna International will incorporate Waymo's self-driving systems into vehicles, which so far include the Jaguar I-Pace and the Chrysler Pacifica Hybrid minivan.

Alphabet Stock Dropped on Wednesday -- Is the AI Battle With Microsoft to Blame?

Why Alphabet Stock Was Gaining Today
415%