Can the big drugmaker meet Wall Street's expectations this time around?

AbbVie (ABBV -0.13%) disappointed investors the last time when it reported its 2018 fourth-quarter in January. The big drugmaker missed Wall Street analysts' estimates on both the top and bottom lines.

The culprit? Worse than expected sales for Humira in the wake of biosimilar competition in Europe. AbbVie's share price has floundered so far this year in large part because of concerns about Humira, with the stock down 15% year to date.

AbbVie announces its 2019 first-quarter results before the market opens on Thursday. Here's what you can expect from the big pharma company's update. 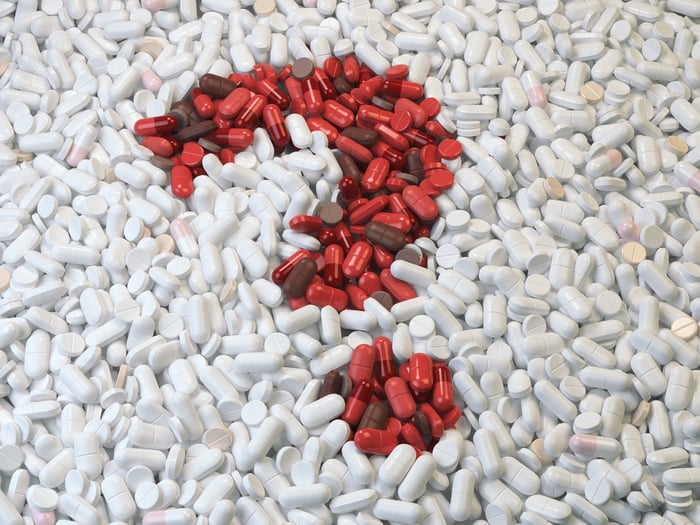 As Humira goes, so goes AbbVie. The company is likely to provide both good news and bad news for its top-selling drug later this week.

First, the bad news. Rivals priced their biosimilars a good bit lower than AbbVie initially expected. As a result, Humira's international sales in Q1 are probably going to be ugly. Bill Chase, AbbVie's former CFO, who is retiring soon, stated in the company's Q4 conference call that international sales of Humira are expected to fall 30% in the full year 2019. Look for international Humira sales in the ballpark of $1.2 billion unless the deterioration from biosimilar competition is even worse than anticipated.

What's the good news? U.S. sales for Humira should still be solid -- probably around $3.2 billion. That level reflects close to 7% year-over-year growth, which isn't bad for a blockbuster that's getting long in the tooth.

2. Another strong quarter for hematology/oncology

There should be plenty of good news for AbbVie's hematology/oncology franchise, which includes Imbruvica and Venclexta. Imbruvica made $3.6 billion last year. The blood cancer drug should get off to a great start in the first quarter, with sales in the vicinity of $1 billion.

Venclexta is coming on strong as well. The leukemia drug generated $124 million in the fourth quarter. AbbVie expects 2019 full-year sales for the drug of $725 million. While momentum should build throughout the rest of 2019, Venclexta should provide a solid year-over-year boost for AbbVie's total revenue.

The damper on the party is the partial clinical hold that the U.S. Food and Drug Administration placed on studies of Venclexta in treating patients with multiple myeloma. AbbVie announced this decision in March, after a higher proportion of deaths was observed in patients taking Venclexta than in the control arm in a phase 3 study. This won't affect AbbVie's Q1 results, of course, but it is a concern for Venclexta's long-term peak sales prospects.

3. Bright and dull spots elsewhere in the lineup

AbbVie's third-best-selling drug is hepatitis C virus (HCV) therapy, Mavyret. The HCV market is relatively stable now, but it won't be surprising if Q1 sales of Mavyret and older HCV drug Viekira combine for less than the $919 million generated in the first quarter of last year.

Sales for hypogonadism drug Androgel are almost sure to continue to drop in the first quarter. A generic version of the drug hit the market in October 2018.

On the other hand, AbbVie is likely to report stronger sales for pancreatic enzyme replacement therapy Creon, Parkinson's disease drug Duodopa, and endometriosis drug Orilissa, which is still in the early stages of its commercial launch. Sales for the other key products in AbbVie's lineup, including Lupron, Synthroid, and Synagis, are likely to be flat.

Wall Street analysts expect AbbVie to report Q1 revenue of $7.76 billion and adjusted earnings per share of $2.06. That's in line with what the company provided in its outlook for the first quarter back in January. Whether or not AbbVie actually meets those expectations depends primarily on how well Humira can hold on to its market share in Europe.

There is something, though, that could be a feather in AbbVie's cap when the company announces its Q1 results on Thursday. The FDA is scheduled to make a decision on approval for risankizumab this week. It's possible that decision could be handed down before AbbVie's Q1 update. Risankizumab could be the drugmaker's next blockbuster and, along with upadacitinib, a worthy successor to Humira.