There's a reason the tech titans are cozying up to each other.

There's been a persistent and ongoing clash between Amazon.com (AMZN 3.04%) and Google, a subsidiary of Alphabet (GOOGL 1.90%) (GOOG 1.56%). The animosity goes back years.

In 2014, Eric Schmidt, then Google's executive chairman, characterized the rivalry between the tech giants: "Many people think our main competition is Bing or Yahoo. But, really, our biggest search competitor is Amazon."

Over the past several years, the scuffle has escalated, with each company making small moves designed to stifle competition from the other. In 2015, Amazon stopped selling Chromecast on its e-commerce website -- and soon after, it began selling the Fire TV stick. The company went further by also pulling the Google Home and Nest thermostat products that competed directly with its own products. For years, viewers have been unable to watch Google's highly popular YouTube on any of Amazon's streaming devices, while at the same time, customers have been unable to watch Amazon Prime Video on any of Google's products.

However, after years of hostility, tensions may be easing. 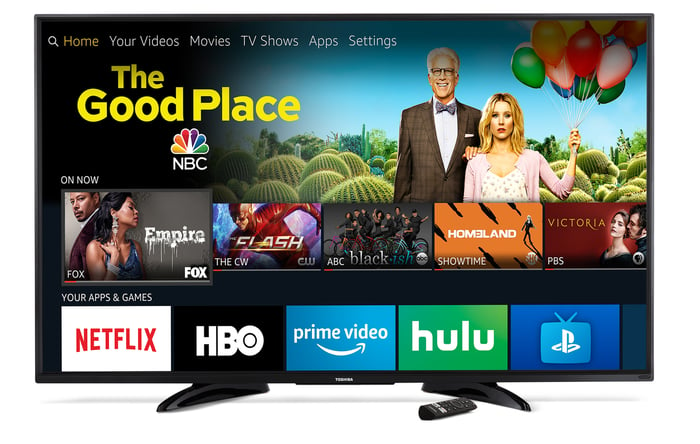 It appears the bitter rivals have agreed to cease hostilities -- at least on one front. In a joint press release, Amazon and Google announced that they would "launch the official YouTube app on Amazon Fire TV devices and Fire TV Edition smart TVs, as well as the Prime Video app for streaming to Chromecast and Chromecast built-in devices. In addition, Prime Video will be broadly available across Android TV device partners, and the YouTube TV and YouTube Kids apps will also come to Fire TV later this year."

That's not to say that the companies have completely buried the hatchet. Customers still won't find YouTube on Amazon's Echo Show, the Alexa-powered device with a video screen. They also won't be able to purchase Google electronics like the Pixel phone or Google Home Smart Speaker -- which competes directly with Echo -- on Amazon's e-commerce site.

The easing tensions were likely born of necessity, as competition in the streaming industry intensifies. Netflix is the undisputed leader with nearly 149 million paying customers worldwide, recently adding the most quarterly subscribers in its history. Amazon has long trailed the streaming leader, taking up a distant second place. Additionally, over the past several weeks, a couple of formidable challengers have thrown their hats into the ring.

Earlier this month, Disney (DIS -0.15%) provided details about its long-awaited streaming service, Disney+. The highly anticipated service is scheduled to debut on Nov. 12 for $6.99 per month and will feature programming from across Disney's film and television empire. Marvel, Pixar, Lucasfilm, and Disney Studios will all make contributions, as will recent acquirees Fox and National Geographic. As consumers increasingly choose direct-to-consumer services over broadcast and cable TV, this agreement becomes even more important to Amazon and Google. Since viewers couldn't get YouTube on Amazon devices or Prime on Google products, some were likely choosing other available options that carried both, like Apple TV or Roku. Forcing customers into the arms of your competitors is almost never a good business strategy, particularly as streaming video is still in its infancy and those decisions could have long-lasting consequences.

We may yet see further olive branches between Amazon and Google, but this is a start.