Monday saw a quiet session on Wall Street, with most market benchmarks finishing little changed. After having spent much of the past month looking primarily at big-picture issues like trade, interest rates, and politics, investors are now turning their attention back to individual stocks as earnings season gets going. Unfortunately, not all the news was good on that front, and many companies saw their stock prices fall sharply. Bed Bath & Beyond (NASDAQ:BBBY), Tapestry (NYSE:TPR), and W.W. Grainger (NYSE:GWW) were among the worst performers. Here's why they did so poorly.

Shares of Bed Bath & Beyond fell 4% after the home furnishings retailer announced that it would make several changes to its board of directors. According to a press release, co-founders Leonard Feinstein and Warren Eisenberg will retire from the board, each becoming a co-chair emeritus without voting power. Patrick Gaston, who is currently the lead independent director, will become independent chairman of the Bed Bath & Beyond board, and five directors will step down to make a 10-seat board. Bed Bath & Beyond said that the board "will reflect significant diversity across race, gender and ethnicity, and have an average tenure of less than four years." Yet that didn't seem to be enough to satisfy activist investors who've pushed for more dramatic changes for the retailer, and it looks like Bed Bath & Beyond will have to do more to regain investor confidence. 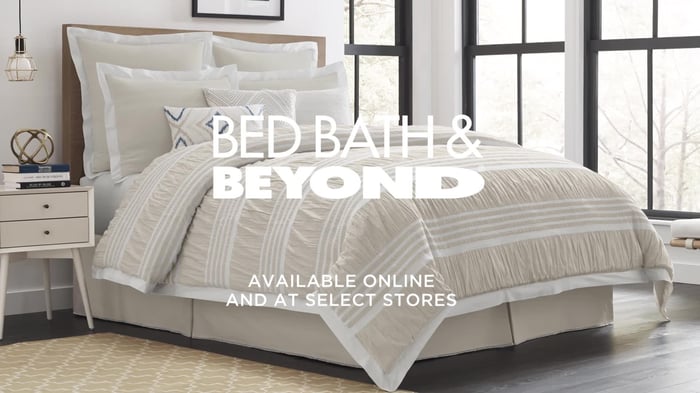 Tapestry saw its stock drop almost 6%, falling to its worst level since 2015. The parent company of brands that include Coach and Kate Spade has experienced a long string of disappointments, most recently including a big share-price decline following Tapestry's release of fiscal second-quarter financial results back in February. Today's announcement of Tapestry's 2025 corporate responsibility goals addressed issues like employee satisfaction and environmental awareness, but it didn't leave investors with great comfort that the apparel and accessories retailer has a firm plan to get itself back into favor in the fashion community. Until that happens, it'll be hard for Tapestry's stock to mount a significant comeback.

Finally, shares of W.W. Grainger finished lower by 5.5%. The supplier of maintenance, repair, and operating products said that daily sales were up an average of 3% during the first quarter of 2019 compared to the year-earlier period, helping to send adjusted earnings per share higher by 8% from year-ago levels. However, investors had hoped to see stronger performance on the top line. CEO DG Macpherson admitted that sales were "softer than expected, largely due to a weaker demand environment." Even with the CEO pointing to cost containment measures, investors would've preferred to see improved guidance for the full year -- which Grainger wasn't able to deliver. As e-commerce competition rises, Grainger could see even more challenges ahead.