The toy maker's results suggest that it's shed the Toys R Us blues.

Toy maker Hasbro (HAS -0.10%) reported first-quarter 2019 results before the market opened on Tuesday. Revenue grew 2.3% -- nearly 6% in constant currency -- earnings per share (EPS) flipped to positive from negative, and EPS adjusted for one-time items more than doubled year over year.

The results suggests that Hasbro has turned the corner on its Toys R Us woes. The giant retailer's bankruptcy and subsequent liquidation in the U.S. and other geographic markets was the main driver behind the toy maker's 2018 revenue and GAAP net income declining 12% and 44%, respectively.

Hasbro shares soared to a closing gain of 14.2% on Tuesday, which we can attribute to both revenue and earnings coming in much stronger than most investors were likely expecting. 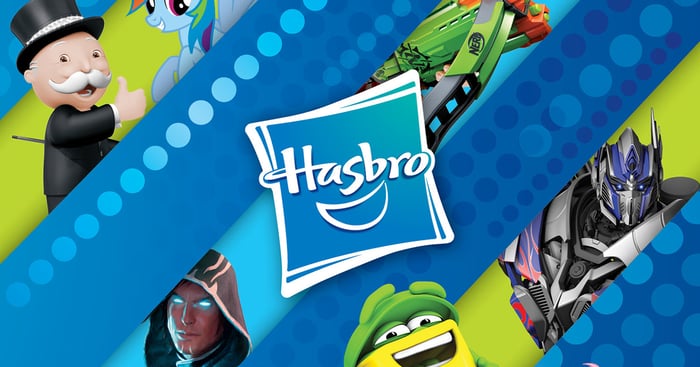 For context -- though long-term investors shouldn't give too much importance to Wall Street's near-term estimates -- analysts were looking for an adjusted loss of $0.10 per share on revenue of $665.3 million. So Hasbro crushed both expectations.

The global Hasbro team is executing very well and delivered a good start to the year. Our long-term investments in new platforms provided a meaningful contribution from our digital and e-sports initiative, Magic: The Gathering Arena, as well as growth in MAGIC: THE GATHERING tabletop revenues. In addition, MONOPOLY, PLAY-DOH, and TRANSFORMERS were among the brands posting revenue gains this quarter. We are beginning to see improvement in our commercial markets, notably in the U.S. and Europe, and operating profit was driven by high margin revenue growth and our cost savings activities. With most of the year ahead of us, we remain on track to deliver profitable growth for the full-year 2019.

While it's still early in its recovery from the Toys R Us fallout and its struggles in Europe, Hasbro's results suggest that the company is back on the growth track.

While Hasbro doesn't provide guidance, Goldner said that it's "on track to deliver profitable growth for the full-year 2019." Moreover, CFO Deborah Thomas added that the company continues to "expect full-year net cost savings of $50-$55 million" from the implementation of the cost-savings initiatives it announced last year.