Please ensure Javascript is enabled for purposes of website accessibility
Log In Help Join The Motley Fool
Free Article Join Over 1 Million Premium Members And Get More In-Depth Stock Guidance and Research
By Steve Symington - Apr 23, 2019 at 9:00AM

The revolutionary device won't arrive before the end of April, but OLED industry watchers shouldn't be concerned.

Shortly after Samsung (NASDAQOTH: SSNLF) announced its April 26 launch date for its new Galaxy Fold smartphone, I mused that consumers might balk at the high-end device given concerns over a noticeable crease down the center of what should have been its seamless foldable OLED display.

I'll admit, however, I hadn't considered those displays simply wouldn't function at all after a few days of use. But that's exactly what happened to a handful of the devices sent by Samsung to various media outlets for review last week; after only a couple of days in some reviewers' hands, the Galaxy Fold display would either flicker constantly or fail to power on completely. On Monday, Samsung formally delayed the Galaxy Fold's launch in response. 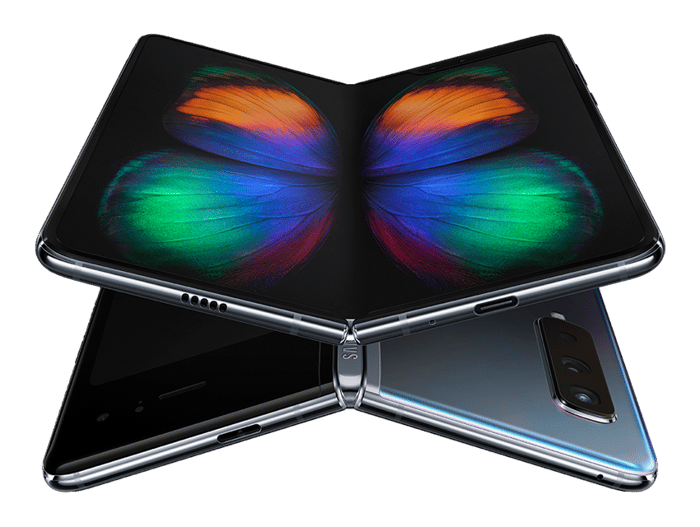 Samsung, for its part, worked hard to appease the initial crease concerns, which stemmed from a leaked video of what the company speculated was likely a "prototype or rejected production" unit. Samsung even went so far as to release its own video showcasing repetitive folding tests apparently pushing the durability of those displays to the limit.

So why, then, did some of the review units break?

Initial findings from the inspection of reported issues on the display showed that they could be associated with impact on the top and bottom exposed areas of the hinge. There was also an instance where substances found inside the device affected the display performance. We will take measures to strengthen the display protection. We will also enhance the guidance on care and use of the display including the protective layer so that our customers get the most out of their Galaxy Fold.

Here's what's at stake for Samsung

Of course, this isn't a great look for Samsung considering the Galaxy Fold comes with a whopping suggested retail price of $1,980. But it's hard to blame the company for pushing back the Galaxy Fold's release as it works out the kinks. In any case, Samsung promised it will announce a new release date "in the coming weeks" pending further feedback evaluation and internal tests.

This also raises the question: What, exactly, is Samsung sacrificing in the process? The short answer: Not as much as you might think.

Sure, late last year Samsung revealed it was planning to build an inventory of "at least" one million Galaxy Fold units at launch, with room to increase that figure "if the market reaction is positive." Assuming full suggested retail price, that would represent minimum incremental revenue for Samsung of nearly $2 billion to start.

However, we're also talking about a tech behemoth that shipped nearly 294 million smartphone units last year alone. The average selling price of those units is obviously lower than the Galaxy Fold. But more than anything after highlighting that figure, the Fold's impending introduction to consumers feels like a beta test aimed at early adopters who (a) don't mind paying top dollar for potentially rough first-gen technology, and (b) know exactly what they're getting into as Samsung hammers out the kinks.

In the end, Samsung has reiterated its believe that foldable OLED technology is the wave of the future. And I think the company was lucky its media review units exposed the Galaxy Fold's shortcomings early in its journey to disrupt the smartphone industry as we know it. Over the long term, Samsung should emerge a stronger company for it.

Why DXC Technology Is Up More Than 12% Today