The results have mixed implications for GM's first-quarter earnings. GM is due to report its first-quarter results before the U.S. markets open on Tuesday, April 30. 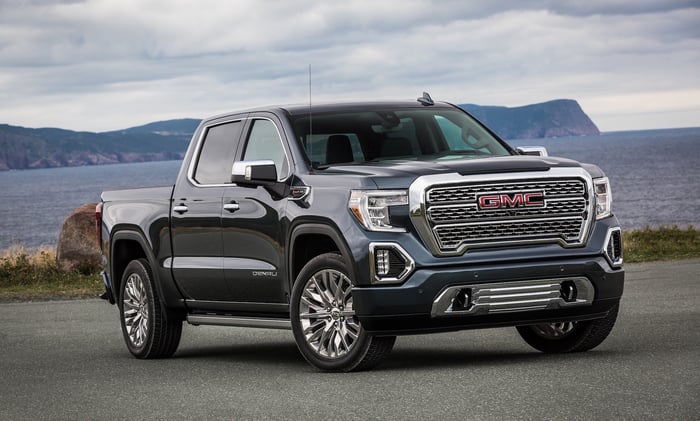 How General Motors fared against rivals in the first quarter

Here's how GM's first-quarter sales results compare with those of its largest-selling rivals in the U.S. market.

Before we get into the high and low points, here's an important bit of context: GM is in the midst of ramping up production of its all-new 2019 Chevrolet Silverado and GMC Sierra full-size pickups. Its first-quarter sales were a mix of brand-new models and prior-generation versions, with the latter generally sold with discounts.

Pricing was strong, thanks to new pickups -- and fewer cars

Fueled by strong pickup pricing and a smaller percentage of lower-priced car sales, GM's average transaction prices rose $938 from a year ago, to $35,881, according to J.D. Power PIN figures supplied by GM. GM said that was a first-quarter record.

The upshot: Despite the sales decline, GM might have boosted its profit margin

How will these results translate into dollars when GM reports earnings next week? On one hand, fewer total sales suggest that revenue in GM's North America region will almost certainly be down from the $27.8 billion it reported in the first quarter of 2018.

On the other hand, improvements in product "mix" -- GM sold more higher-profit trucks and SUVs relative to lower-profit cars -- and the pricing gains realized by its new pickups might have given GM North America an adjusted operating margin better than the 8% it reported a year ago. We'll find out when GM reports next Tuesday.