The networking-hardware company outperformed in a seasonally slow quarter, but its forward guidance left much to be desired.

Netgear (NTGR 1.14%) announced better-than-expected first-quarter 2019 results on Wednesday after the market closed, detailing solid demand for its Orbi WiFi systems and Nighthawk gaming hardware. But the networking-device leader also offered disappointing forward guidance, driven by a combination of soft sales to service-provider customers and a planned ramp up in marketing to promote its newest innovations.

With shares down around 10% in after-hours trading as of this writing, let's log on for a closer look at Netgear's latest quarter. 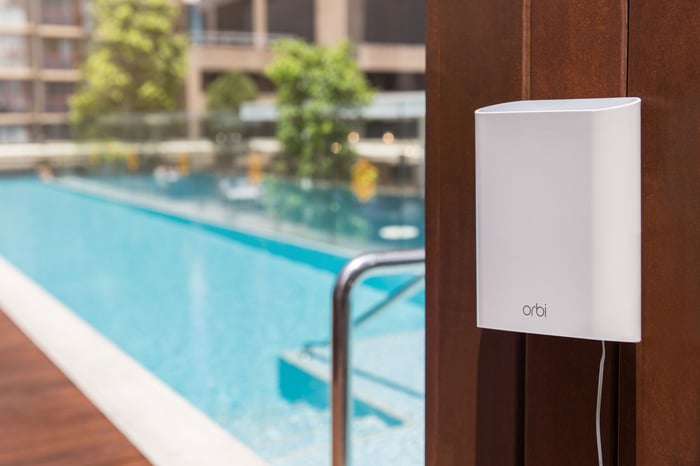 We had a successful first quarter of 2019, driven by the Orbi line of mesh WiFi systems, the Nighthawk Pro Gaming line, cable modems and gateways, and our SMB switching portfolio. Our financial results for the quarter came in at the high end of our guidance range for revenue, and slightly above the range in non-GAAP operating margin. We are pleased to report that we reached 10.4 million registered users in Q1, which represents the foundation for building our paid subscriber base. Furthermore, our number of registered app users reached 2 million in the first quarter.

Lo added that with the rollout of its latest Nighthawk WiFi 6 router in May, the company will have four routers in the next-gen WiFi category. To secure early market leadership in the WiFi 6 space, however, Netgear intends to ramp up marketing in the second quarter to promote its WiFi 6 product portfolio.

After coupling those marketing investments with lower expected service-provider shipments, Netgear anticipates second-quarter revenue of $215 million to $230 million -- well below the $256 million most analysts were modeling -- with adjusted operating margin contracting to a range of 4% to 5%.

All things considered, these might be exactly the right moves for Netgear to effectively capitalize on the impending wave of WiFi 6-enabled devices. But given the company's revenue and profit headwinds in the meantime, it's hard to blame the market for bidding down Netgear stock in response.