There weren't many bright spots for 3M in the first quarter.

There may be no better bellwether for the global economy than 3M (MMM 3.21%), maker of everything from consumer goods to oil and gas products. The company has a broad view of economic activity by serving many industries and operating in nearly every country in the world. So when 3M reports a big decline in sales, investors should take notice.

In the case of the first quarter, it's not just the decline in revenue that's concerning -- it's the company's widespread weakness that should be a red flag for investors of all types. 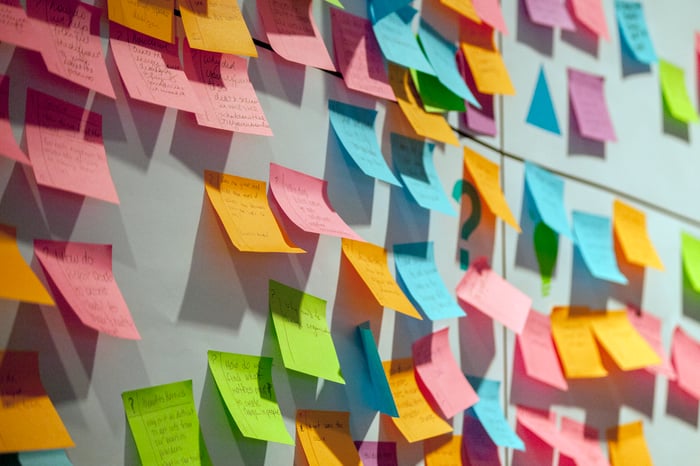 Overall, 3M's revenue dropped 5% in the first quarter of 2019 to $7.9 billion and organic local-currency sales were down 1.1%. GAAP earnings per share jumped 54.1% from a year ago to $1.51, but on an adjusted basis, which pulls out one-time items, earnings per share fell 10.8% to $2.23. The declines were widespread across business segments.

It's easy to see that sales dropped in most segments and operating income declines followed. A strengthening dollar didn't help, with organic local-currency sales falling, but there were a few bright spots.

Regionally, it was Asia that was the weakest for 3M, and once again that's a point of concern.

It's Asia, and most notably China, that has driven most of the global growth over the past decade. So if the region is slowing, it may not bode well for corporate earnings or the economy overall.

3M is a strange company in that its business is diverse and often rides the global economic trends, but its long-term success is driven by research and innovative new products. This makes it hard for management to determine how much to cut costs in the short term without sacrificing long-term growth.

If management sees an economic slowdown coming, it makes sense that it would announce a reduction of 2,000 jobs that will save $225 million to $250 million annually, including $100 million in 2019, as it did Thursday.

What's concerning is that cutting 2,000 jobs will directly impact investment in future products. If sales are falling now, it might be tough to turn the company around in future years if new, innovative products aren't being released. It's a tough balancing act for 3M, but that's the reality of its business.

No signs of hope

3M's management thinks a global economic slowdown is largely to explain for weak results. "We continued to face slowing conditions in key end markets which impacted both organic growth and margins," CEO Mike Roman said. He also said execution was poor, but the economy was the bigger focus.

There are certainly some company-specific issues to 3M at play here, but it's still a good bellwether for the overall economy. And with slow growth or declining revenue widespread across the company's business segments and geographic regions, it might be time to start worrying about the trajectory of the global economy.