Here's what the telecom giant is doing to bring debt levels approaching $180 billion down to a manageable level.

Telecommunications giant AT&T (T 0.18%) took on $40 billion in debt to acquire Time Warner in June 2018. When the company closed on that acquisition, its net debt level reached $180 billion, representing a net debt-to-EBITDA ratio of 3.0. That's too high for AT&T's liking, so it embarked on a path to pay off what it borrowed to buy Time Warner and, in turn, bring its that ratio down to saner levels.

Let's review the progress AT&T has made toward its debt-reduction efforts and what investors should expect from those efforts as the year unfolds. 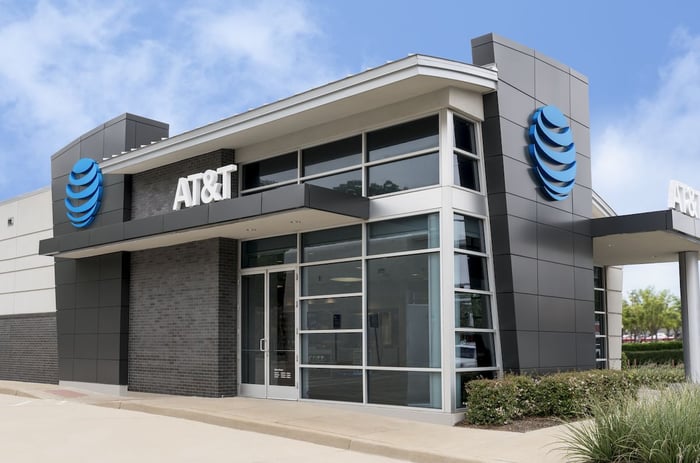 AT&T's debt reduction plan for 2019 is simple. Of the $26 billion in free cash flow it expects, roughly $14 billion will go toward dividends, leaving $12 billion to work down its debt. AT&T is also hoping to generate another $6 billion to $8 billion by monetizing some of its non-core business assets.

"Already here in the second quarter, we've sold our stakes in Hulu and Hudson Yards that generated [an] additional $3.6 billion of cash," AT&T CEO Randall Stephenson said on the company's earnings conference call earlier this week.

The executive also talked about how the finance team "is doing their typical great job," by "driving down working capital and restructuring some collateral arrangements." These actions, Stephenson said, are "adding significant cash flow, and ... giving us [a] very clear line of sight to reaching our target of $6 billion to $8 billion from asset monetizations."

Stephenson said that the company is "committed to driving our net debt-to-EBITDA ratio to around 2.5 times by year-end, and we are right on track for achieving that."

Indeed, according to AT&T's earnings slide deck, the company expects to have paid off about 75% of the debt it took on to acquire Time Warner by the end of the year.

Why should shareholders care?

There are several reasons investors should care about AT&T's debt reduction efforts. First, by reducing its leverage ratio, the company should improve its credit rating, giving it the ability to borrow in the future at better rates.

Also, the company needs to pay interest to service that debt load, and $180 billion worth of debt doesn't come cheap. By reducing what it has to pay to service its debt, it frees up free cash flow to be allocated to places that benefit shareholders, such as the dividend -- which it has been increasing in recent years at a per share rate of $0.01 annually.

And, finally, a lower debt load simply makes the company a less risky bet, which could help the shares command a richer multiple. AT&T trades at less than nine times its expected free cash flow generation for the entirety of 2019. A richer multiple could mean a higher stock price.

AT&T expanded its ability to generate free cash flow with its acquisition of Time Warner. But that acquisition, which happened at about a 35% premium to Time Warner's unaffected share price, required that the company take on a substantial amount of debt to pull it off.

The good news is that AT&T is making solid progress toward paying down that debt and getting to a more acceptable leverage ratio by the end of the year. Everything seems to be going as planned, which is good news for AT&T's long-term stockholders.