Amazon.com (NASDAQ:AMZN) and MercadoLibre (NASDAQ:MELI) have benefited from the surging global growth of e-commerce perhaps more than any other businesses. These online shopping leaders have earned life-changing returns of approximately 2,300% and 1,900%, respectively, for their inventors over the past decade -- and both companies are well positioned to deliver even more gains in the years ahead.

But which stock is the better buy today? Read on to find out. 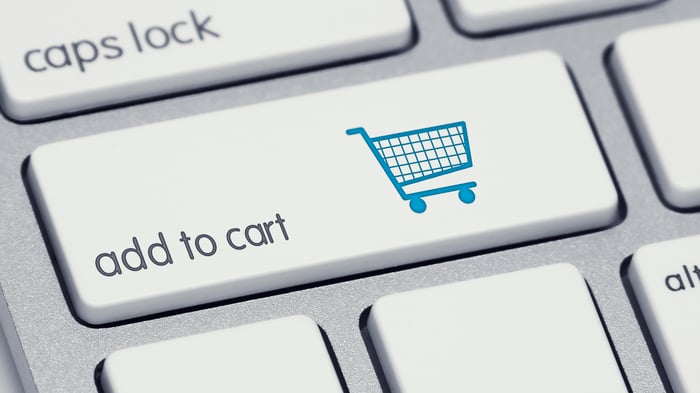 Amazon.com needs little introduction. The e-commerce juggernaut dominates online shopping in the U.S. and much of the rest of the world. Its Amazon Web Services division commands the lion's share of the massive and fast-growing public cloud market. Amazon is also a leader in digital advertising, streaming video, smart-home devices, and a host of other products and services.

MercadoLibre, meanwhile, is Latin America's leading online marketplace. In addition to its own retail operations, MercadoLibre has a thriving third-party merchant network and a rapidly growing digital payments platform. The Argentina-based company's number of registered users swelled 26% year over year to 267 million people in the fourth quarter. As its user base grows, so too do its network effects. More potential customers attract more merchants, and more merchants attract more customers. It's a virtuous cycle that has propelled MercadoLibre's growth over the past decade.

However, Amazon has set its sights on expanding into MercadoLibre's Latin American territory. It may prove difficult for the e-commerce titan to wrestle away market share, given MercadoLibre's sizable head start, but Amazon has shown time and again that's it's willing to sustain losses while it enters new markets. That could be troublesome for MercadoLibre, which found profits to be elusive in 2018.

All told, MercadoLibre's competitive position is likely to come under assault from the likes of Amazon and other notable e-commerce titans in the coming years. At the same time, multiple signs suggest that Amazon's competitive advantages are only growing stronger. As such, the online retail king has the edge here.

These figures show just how stark the difference is between these two e-commerce leaders when it comes to financial firepower. MercadoLibre generated losses over the past 12 months, while Amazon produced more than $10 billion in profit. Amazon also generated 133 times more operating cash flow and 125 times more free cash flow. Clearly, Amazon and MercadoLibre are simply in different leagues when it comes to financial strength.

Surprisingly, considering its massive scale, Amazon is also expected to grow its profits at a quicker pace in the coming years. Wall Street estimates that Amazon's earnings will increase by 31% annually over the next five years, fueled by the unceasing expansion of its e-commerce, cloud computing, and digital advertising businesses. MercadoLibre's earnings are projected to increase by less than 21% during this same time, driven by the growth of its MercadoPago payments business. Thus, Amazon also has the edge here.

Despite Amazon's stronger competitive advantages, greater financial strength, and higher expected earnings growth, its shares are priced substantially lower than that of MercadoLibre. With its shares currently far less expensive based on sales, cash flow, and expected earnings, Amazon's stock is clearly the better bargain.

It's a clean sweep for the mighty Amazon. With the e-commerce king coming out ahead in all four categories -- competitive position, financial fortitude, growth, and valuation -- Amazon's stock is clearly the better buy today.