The stock market dealt with earnings-related volatility on Thursday that pulled various benchmarks in different directions. High-profile disappointments among blue chip stocks dragged the Dow Jones Industrial Average down more than 200 points at the beginning of the session, but the Nasdaq Composite moved higher on good news from the tech industry. Many other stocks posted sizable gains due to positive earnings reports. Boston Beer (NYSE:SAM), Aaron's (NYSE:AAN), and ServiceNow (NYSE:NOW) were among the top performers. Here's why they did so well.

Shares of Boston Beer climbed more than 8% after the maker of Sam Adams reported its first-quarter financial results. Boston Beer said that revenue jumped 32% from year-ago levels due largely to increased shipment volume, helping net income more than double over the same period. Company founder Jim Koch attributed the big gains to "key innovations, the quality of our products and our strong brands, as well as successful sales execution and support from our distributors." Even though Boston Beer is seeing the same pressures in the beer industry that have hurt its rivals, the brewer believes that it can get even more from its beer brands while also giving customers additional categories of beverages to enjoy. 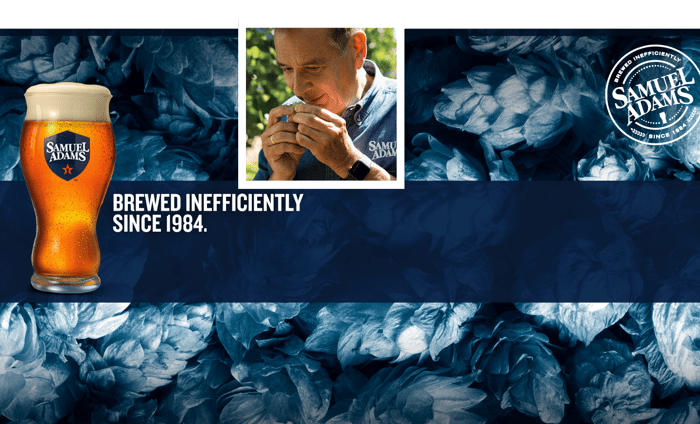 Rent-to-own retail specialist Aaron's saw its stock climb 11% following the release of its first-quarter financial report. Aaron's reported a double-digit rise in revenue when calculated using comparable lease accounting standards, with same-store revenue rising 0.7%. As we've seen in past periods, a substantial portion of Aaron's growth came from its progressive leasing segment, which works with third-party retail partners in around 20,000 locations across the U.S. to offer lease-purchase solutions. Yet Aaron's own namesake store locations also performed reasonably well despite 85 store closures during the quarter. So far, the company seems to be navigating changing consumer preferences well, and that could help Aaron's stock climb even further in the future.

ServiceNow gets a lift from government clients

Finally, shares of ServiceNow rose 7.5%. The cloud computing digital workflow platform provider said that revenue climbed 34% during the first quarter of 2019 compared to the year-earlier period, with subscription-based sales seeing an even stronger 36% rise. ServiceNow boasted 25 transactions with $1 million or more in annual contract value during the quarter, bringing its total customer count of clients of that size to 717. CEO John Donahoe highlighted the "core strategic partner role we are playing in enabling digital transformation for large public sector agencies" and private businesses, and with its productivity-enhancing tools gaining popularity, ServiceNow looks like there's no end in sight for its strong growth.